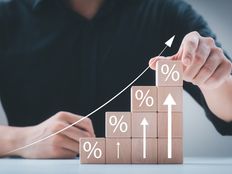 Cheniere Energy (LNG) has approved a revised comprehensive, long-term capital allocation plan, given the company’s significant progress under the plan announced in September 2021.

The revised plan is designed to maintain investment-grade credit metrics through cycles, further return capital to shareholders over time, and continue to invest in accretive organic growth, the firm said in a statement on September 12.

Executing under the capital allocation plan announced in September 2021, Cheniere said in a statement it has repaid or redeemed over $4 billion of long-term indebtedness, repurchased more than $0.6 billion of shares, initiated and paid $1.32 per common share in dividends as of the second quarter of 2022, and reached a positive final investment decision on the Corpus Christi Stage 3 Liquefaction Project (CCL Stage 3).

“Given the company’s progress on its prior capital allocation plan significantly ahead of schedule, which is driven by the company’s continued outperformance, Cheniere has reached a new cash flow inflection point and now expects to generate over $20 billion of available cash through 2026 and construction of CCL Stage 3, enabling further execution on its balance sheet, capital return, and growth priorities. The Plan is designed to achieve a run-rate Distributable Cash Flow of over $20 per share on a run-rate basis,” the firm said.

According to the statement, Cheniere is also raising 2022 financial guidance by roughly $1.2 billion.

Other notable developments include increasing the share repurchase program by $4 billion for an additional 3-year authorization with the potential to repurchase ~10% or more of Cheniere’s market capitalization with excess capital, as well as increasing the dividend by ~20% this quarter to $1.58 per common share annualized.

Also included in the plan: lowering the long-term leverage target to ~4x and pre-filed Corpus Christi Midscale Trains 8 and 9 with FERC in August 2022 with the near-term goal to achieve ~60 million tonnes per annum platform, according to the statement from Cheniere.

Cheniere is a top five holding in the Alerian Energy Infrastructure ETF (ENFR ), weighted at 6.41% as of September 13, according to ALPS. ENFR provides exposure to the Alerian Midstream Energy Select Index (AMEI), a composite of North American midstream energy infrastructure companies, including corporations and MLPs, engaged in the pipeline transportation, storage, and processing of energy commodities. The ALPS Alerian Energy Infrastructure Portfolio ALEFX delivers exposure to AMEI in a VIT wrapper.

vettafi.com is owned by VettaFi, which also owns the index provider for ENFR and ALEFX. VettaFi is not the sponsor of ENFR and ALEFX, but VettaFi’s affiliate receives an index licensing fee from the ETF sponsor.