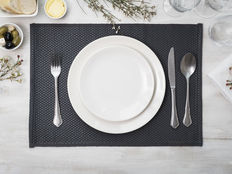 Does Midstream Energy Have a Spot at the Energy Table?

The ALPS Alerian MLP ETF (AMLP A-) is up 44.52% year-to-date, and as if that’s not enough, the king of master limited partnership (MLP) exchange traded funds yields a tantalizing 9.21%.

Alone, those two data points would be enough to allure most investors, but those factoids shouldn’t overshadow midstream energy’s increasing opportunity set in the world of renewable energy. That’s important for multiple reasons, including giving midstream energy some credibility as an environmental, social, and governance (ESG)-friendly asset class. In fact, many market participants aren’t yet aware of midstream’s ESG chops.

“On the environmental side, contrary to popular belief, pipelines will continue to be the cleanest and safest way to move vast amounts of energy—as opposed to far more carbon emissive methods like rail and truck, which also pose safety hazards by increasing traffic congestion,” notes Alerian analyst Mauricio Samaniego. “That said, the midstream space is making progress on the ESG front as well as continuing to fulfill the duty to deliver essential energy as economies reopen today.”

Another area in which midstream operators, including some AMLP components, fit into the environmental sustainability conversation is carbon capture. The industry’s pipelines are integral parts of carbon capture utilization and storage (CCUS) technologies.

With CCUS and hydrogen technologies viewed as driving forces in carbon reduction efforts over the next several decades, the need for new pipelines could actually increase, although the need to more efficiently leverage existing energy infrastructure will also remain, according to Samaniego.

Cementing the notion that midstream companies are likely prioritizing ESG and sustainability more than many investors recognize is the fact that, as Samaniego notes, some companies in this space are already tethering executive compensation to meeting ESG objectives.

The energy transition does not have to leave companies long associated with oil and natural gas behind. Actually, some of these same companies aim to be leaders in the new energy order.

“With the midstream energy infrastructure space increasingly adopting ESG criteria into their business models and strategic objectives, many of the public’s doubts over midstream being an ESG friendly investment are being progressively put to rest, which should accelerate as more progress is made around clean energy projects and emission-reduction initiatives,” concludes Samaniego.