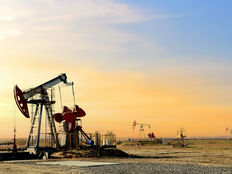 Energy markets rallied with crude prices hitting their highest level since 2014 after the Organization of Petroleum Exporting Countries and its allies, or OPEC+, said that it would maintain its existing plans to gradually raise oil production, the Wall Street Journal reports.

OPEC+ will lift its collective output by 400,000 barrels per day in monthly installments, keeping its previously agreed plan to return output to pre-pandemic levels in gradual steps.

Saudi Arabia is confident that the global economy can keep up with the elevated prices amid the COVID recovery, and it is less worried about U.S. shale producers capitalizing on the higher prices this time around. In the past, shale producers have quickly sprung into action, boosting output to take advantage of prices.

“The kingdom is comfortable with the current price range and feels it won’t weigh on demand for oil,” according to a Saudi official.

U.S. hydraulic fracturing, or frackers, which normally raise output when prices rise, have been tightening their belts during the coronavirus pandemic. The lack of a U.S. injection in supplies means “control of pricing is very much in the hands of OPEC+,” Mike Muller, the head of Asia for commodities trading giant Vitol, said during a Sunday webinar hosted by Dubai-based consultancy Gulf Intelligence.