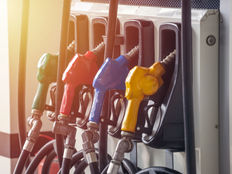 Gasoline Prices and How Midstream Helps Fill Your Tank

Roadtrippers this Labor Day weekend likely noticed higher prices at the gasoline pump compared to a few months ago. Even the White House bemoaned high gasoline prices earlier in August, calling on OPEC+ to increase oil supplies and asking the Federal Trade Commission to keep an eye on the market for gasoline. Given the widespread impact on Americans’ pocketbooks, gasoline prices tend to garner plenty of attention, but there is often confusion around what really drives the price of gasoline (pun intended). Keep reading to gain a better understanding of what factors determine gasoline prices, why they may be heading lower into the winter, and how midstream helps get gasoline into your vehicle’s tank.

What determines the price of gasoline?
As shown in the infographic below, a number of factors contribute to the gasoline price posted at your local corner store, but the primary determinate is the price of oil. Refineries purchase oil and refine it into consumable fuels like gasoline, diesel, and jet fuel, so it makes sense that the price of oil would be the largest component of the gasoline price. Refiners make money on the difference between the crude price and the sales price for gasoline (or diesel or jet fuel). This is often referred to as the “crack spread” and is represented by the refining line item below.

As much as gasoline prices tend to become a political issue, the drivers behind the price at the pump are largely out of the control of the government or elected officials, with the exception of fuel taxes. The federal tax on gasoline is $0.184 per gallon, and state taxes averaged $0.30 per gallon at the start of 2021 per the Energy Information Administration. In other words, about $0.50 per gallon of US gasoline prices on average is taxes. The federal gasoline tax has not been raised since 1993, though raising the tax seems to be discussed in Washington every so often.

Distribution and marketing is another component of the gasoline price. This line item represents the costs to get gasoline from a refinery to the pump and includes the margin made by the gas station. A gallon of gasoline may travel from a refinery via pipeline to a terminal, where it is then loaded onto a truck and moved to your local gas station. In general, the longer the distance, the higher the fee. For example, the distribution and marketing component in a gallon of gasoline bought in Houston, Texas, near a number of refineries is probably going to be lower than the distribution and marketing component for a gallon of gasoline being sold in North Carolina, for example. The gasoline in North Carolina may have been produced on the Gulf Coast and transported hundreds of miles through the Colonial Pipeline system and then loaded onto a truck to supply the gas station.

Based on how the EIA calculates the percentages shown, the distribution and marketing component also captures the cost of blending ethanol into the gasoline. Generally, gasoline at the pump includes up to 10% ethanol, which enhances the octane of the gasoline. Ethanol is not typically moved through pipelines due to its chemical properties. Instead, ethanol is often transported by rail and truck to terminals, where it is then blended with gasoline to be trucked to fuel stations.

Why are prices high now, and why may they head lower into winter?
High gasoline prices tend to be a function of higher oil prices. As shown in the chart below comparing Brent oil prices and NYMEX gasoline on a per-barrel basis, oil prices reached a multi-year high in July. In August, the Biden Administration called on OPEC+ to bring more oil supply back to the market to help combat higher gasoline prices. The request was denied, and at its meeting last week, OPEC+ reaffirmed the group’s plans to bring back 400,000 barrels per day of production each month as decided in July.

Setting aside higher oil prices, US gasoline prices tend to be higher during summer driving season. Driving season, which is bookended by Memorial Day and Labor Day, refers to the seasonal increase in gasoline demand over the summer. In addition to improvements in demand, gasoline prices are also higher in the summer due to blending components used. In order to reduce emissions, summer gasoline (sold June 1 to September 15) is required have a lower Reid Vapor Pressure. In the winter, when RVP can be higher, more butane can be blended into gasoline. Butane is a natural gas liquid that is cheaper than other gasoline blending components thus making for less expensive gasoline in the winter, all else equal.

Transitory events that disrupt refining operations can also lead to higher gasoline prices as supply becomes less available. Hurricane Ida provides a recent example as an estimated 2.2 million barrels per day of refining capacity temporarily came offline in conjunction with the storm. As power is restored and refineries are brought back up, that should help relieve some pressure on gasoline prices. Unplanned refinery outages due to interruptions in feedstock supply or mechanical issues can also result in higher gasoline prices in the region served by the refinery.

How do midstream companies participate?
There are many potential touchpoints for midstream companies in gasoline’s journey from an oil refinery to your car’s tank. Transportation is the most readily apparent with midstream MLPs and corporations owning pipeline and terminal assets used to facilitate the movement of fuels to local markets. Typically, blending ethanol into gasoline or biodiesel into diesel is performed at terminals. Midstream companies with refined product assets (i.e. assets focused on transportation fuels) include Kinder Morgan, Magellan Midstream PartnersMPLX, NuStar, and Phillips 66 Partners. Midstream companies also handle renewable fuels. For example, KMI handled 240,000 barrels per day of ethanol in 2020, and NS handles% of the renewable diesel, 18% of the ethanol, and a smaller portion of the biodiesel used in California. Midstream companies with fractionation facilities, which process natural gas liquids, produce butane and natural gasoline used in gasoline blending.

Bottom Line:
Filling your vehicle’s tank with gasoline is just one example of how midstream companies help facilitate aspects of our everyday lives. While oil prices tend to have the most impact on what you pay at the pump, there are several other items that factor into gasoline prices. If oil remains relatively stable, gasoline prices should ease into the winter as demand moderates seasonally, winter grade gasoline begins to be sold, and the temporary refining interruptions from Hurricane Ida subside.