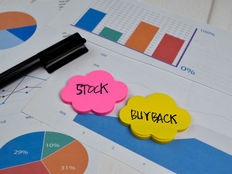 Buybacks are an important tool for midstream companies, complementing dividends, and reinforcing midstream’s commitment to returning capital to shareholders.

MPLX LP (MPLX) on Monday announced the partnership repurchased $180 million of common units held by the public in the third quarter, completing $315 million of unit repurchases through the first nine months of the year, MPLX said in a statement

As of September 30, MPLX had approximately $1 billion remaining available under its unit repurchase authorizations, according to the firm.

Kinder Morgan (KMI) is also active with buybacks, repurchasing approximately 21.7 million shares at an average price of $16.94 per share year to date through October 18. The company repurchased $331 million of stock through the third quarter end, the firm said during the company’s third-quarter earnings call

During the third quarter of 2022, Magellan Midstream Partners LP (MMP) repurchased 2.75 million of its common units for nearly $138 million, resulting in total repurchases of 24.1 million units for $1.18 billion under its $1.5 billion repurchase program authorized through 2024, according to a statement from Magellan

EnLink Midstream LLC (ENLC) repurchased $72 million of common units in the third quarter of 2022, bringing the total in the first nine months of the year to $147 million, according to a statement from the company

MPLX, EnLink, and Magellan are constituents in the Alerian MLP Infrastructure Index (AMZI), a capped, float-adjusted, capitalization-weighted composite of energy infrastructure MLPs that earn the majority of their cash flow from midstream activities. The AMZI index is tracked by the Alerian MLP ETF (AMLP A-).

vettafi.com owned by VettaFi, which also owns the index provider for AMLP. VettaFi is not the sponsor of AMLP, but VettaFi’s affiliate receives an index licensing fee from the ETF sponsor.