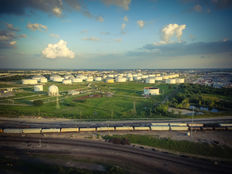 However, there are examples of midstream companies cutting or suspending distributions during prolonged periods of energy commodities price weakness. That’s the bad news. The good news is that during the last oil bear market, energy companies actively worked to reduce spending and firm up their balance sheets. Today, that’s paying off for in investors in the form of higher and steadier dividends.

In the second quarter, the bulk of MLPs and energy infrastructure companies either maintained or boosted payouts, according to Alerian research. There was one MLP payout offender, but that was offset by strength in the broader group.

“While the distribution reduction this quarter came from an MLP (SHLX), MLPs also accounted for all the distribution increases in 2Q21, helping offset some of the impact from the cut—with seven MLPs increasing their distributions sequentially in 2Q21 compared to six in 1Q21,” notes Alerian analyst Mauricio Samaniego.

In the second quarter, the Alerian MLP Infrastructure Index (AMZI) – AMLP’s underlying benchmark – had one dividend offender, two growers, and 13 member firms that maintained payouts. By weight, that translates to a 4% cut, 14.1% growth, and 81.9% maintained, according to Alerian data.

Many AMLP and ENFR are likely to soon be sporting year-over-year dividend growth. As Samaniego notes, many midstream operators have the resources to at least support payouts, if not grow dividends going forward.

“As midstream earnings season comes to a close, solid results across the board—characterized by robust free cash flow generation, disciplined capital spending, and a continued focus on financial flexibility—add confidence to the reliability of midstream income,” Samaniego said. “The outlook remains steady and largely constructive in the short-term, with some midstream management teams citing expectations for the energy environment to strengthen further in 2H21 and into 2022.”