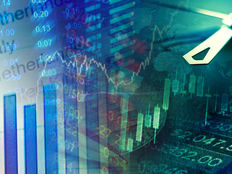 Strong free cash flow generation has made the mainstream adoption of buyback programs possible for energy infrastructure companies. Some companies continue to prioritize deleveraging ahead of or in concert with buybacks, and with many viewing buybacks as opportunistic, activity can be somewhat lumpy from quarter to quarter. That said, there was a notable uptick in buyback activity for midstream broadly in 3Q21 as detailed in today’s note. With midstream continuing to offer attractive income, buybacks further enhance shareholder returns and add to the total return potential of the space.

Buyback activity surges in 3Q21.
In aggregate, buyback activity ramped in 3Q21 as midstream companies purchased more than $804 million of their equity during the quarter, representing a more than two-fold increase relative to the $302 million spent in 2Q21. Notably, buyback activity complemented distribution increases from select MLPs and continued leverage improvements for some names as well. Some midstream companies that routinely buy back shares maintained their course in 3Q21, while others ramped up repurchases or resumed buybacks after relatively modest activity in recent quarters. Magellan Midstream Partners (MMP) exhausted initial $750 million buyback authorization by purchasing 8.1 million units for $391 million in the quarter. In October, MMP announced additional $750 million buyback authorization alongside a 1% increase in its quarterly distribution. MPLX (MPLX) spent $155 million on unit repurchases the quarter and separately announced 2.5% distribution increase and a special dividend of $0.5750 per common unit. Enterprise Products Partners (EPD) bought back $75 million in units the quarter after moderate repurchase activity in 1H21. For others, debt reduction remained a priority, but buybacks were not lost. Western Midstream Partners (WES) ramped up buybacks to $88 million $16 million in 1H21 paid down $500 million in debt, while Plains All American (PAA) spent $64 million buying back equity and $650 million on debt reduction.

Deleveraging progress and strong cash flows support incremental shareholder-friendly returns.
Midstream management teams provided largely positive outlooks for shareholder returns across 3Q21 conference calls, supported by broad expectations for strong cash flows in 2022. Select midstream names that have been less active with buybacks—as deleveraging remained top priority in 2021—signaled a shift to returning more capital to shareholders in 2022 amid greater financial flexibility. On its 3Q21 conference call, Targa Resources (TRGP) discussed being on pace to meet year-end leverage targets and emphasized shifting from debt repayments to returning capital to investors, including a proposed% increase in its quarterly dividend to $0.35 per share in 4Q21 and opportunistic equity repurchases. During Energy Transfer’s (ET) 3Q21 conference call, management reiterated their commitment to paying down debt but indicated that strong performance in 2021 and expectations for significant cash flow in 2022, open the door for potential distribution increases and/or buybacks next year. While these are just a few examples, progress with debt reduction and a constructive outlook for 2022 could lead to more robust buyback activity across midstream in coming quarters.