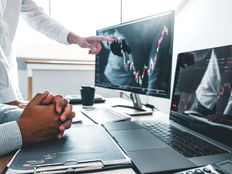 MorningStar Partners LP, which will be renamed to TXO Energy Partners LP (TXO), announced on Wednesday the launch of its initial public offering of five million common units, with the price expected to be between $19.00 and $21.00 per common unit, according to a statement from the company. The company said it has applied to list its common units on the NYSE under the ticker symbol TXO.

TXO will grant the underwriters an option to purchase up to an additional 750 thousand common units at the initial public offering price, less underwriting discounts and commissions, according to the company’s statement.

TXO is an MLP focused on the acquisition, development, optimization and exploitation of conventional oil, natural gas, and natural gas liquid reserves in North America. TXO’s current acreage positions are concentrated in the Permian Basin of West Texas and New Mexico and the San Juan Basin of New Mexico and Colorado.

The chief executive of TXO is Bob Simpson, who founded XTO Energy (formerly known as Cross Timbers Oil) and served as CEO until the company merged with ExxonMobil in 2010, in a deal valued at $41 billion.

This will be the first MLP IPO in the industry since May 2019, when Rattler Midstream broke a dry spell of MLP IPOs that had persisted since BP Midstream’s IPO in October 2017.