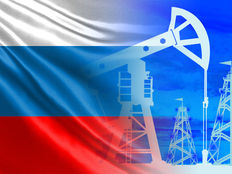 What Russia’s Invasion May Mean for US Energy Landscape

While acknowledging the tragic nature of the invasion of Ukraine and the hardships facing the Ukrainian people, today’s note discusses the implications of recent geopolitical events for US energy production and energy infrastructure. The immediate impact on commodity prices is making headlines, but there are potential intermediate and long-term implications to consider as well. How has this changed the way investors view the energy sector? Will US producers ramp volumes? What do potential changes to European gas sourcing mean for US LNG projects? Today’s note contemplates these questions.

As was emphasized in 2020 when oil prices were plunging, midstream’s largely fee-based business model limits the impact of commodity prices on cash flows. Some companies will enjoy upside from higher prices, particularly gathering and processing names that tend to be more sensitive to commodity prices, but relative to exploration and production companies (E&Ps) whose profits directly depend on the price of oil or natural gas, the exposure for midstream is more muted. Accordingly, the Alerian Midstream Energy Index (AMNA) is up 17.8% year-to-date through March 3 on a price-return basis compared to 25.0% gains for the S&P Oil & Gas Exploration & Production Select Industry Index (SPSIOP).

That said, rising oil prices are constructive for energy sentiment, and oil prices above $100 per barrel bring more interest to the sector broadly. Combined with the oil price level, strong equity performance and ongoing inflation concerns are likely forcing investors that had been on the sidelines to reconsider the energy space. With improving performance, a greater weighting in the S&P 500 will also likely drive more interest in energy. Energy is harder to overlook (i.e. not allocate to) with a ~4% weighting in the S&P 500 currently relative to 2.7% at year-end 2021.

The energy industry had hoped that free cash flow generation and shareholder returns would bring generalist investors back to this space, but it seems that $100+ oil arguably accelerated generalists’ return.  As energy becomes relevant again for generalists, perhaps the steps taken in recent years to improve investability – the focus on capital discipline and returns – will keep investors interested beyond the current period of elevated oil prices.

Will US production respond to higher prices?

E&Ps have committed to modest production growth as investors demand capital discipline and returns to shareholders. That said, the significant rise in oil prices and the potential need to replace Russian barrels on the global market as buyers shun Russia and sanctions" on Russian oil are contemplated could give US producers a license to grow more meaningfully. The CEO of Pioneer Natural Resources (PXD) recently indicated that the company could accelerate growth above its 5% long-term target if there was a coordinated effort to increase US production. Growth would take time and require more resources – workers, rigs, fracking fleets – but it is feasible. Washington likely has some role to play here, whether it is through a more accommodating stance towards oil and gas companies (i.e., not trying to remove energy tax breaks, not adding more environmental restrictions) or helping orchestrate a producer response, which could admittedly be messy. Short of a coordinated effort, the steep backwardation in the oil curve (near-term prices are higher than prices in future months) may cause E&Ps to think twice about ramping production. While the April contract is trading above $118 per barrel (bbl) as of the morning of March 7, the January 2023 contract was trading at $93/bbl. Hedging some 2023 production at ~$90/bbl would seemingly allow for attractive returns for producers that have driven down costs and enhanced efficiency, though oilfield service costs are likely to increase as well.

To the extent US producers grow volumes more meaningfully, that would mean incremental volumes for midstream companies to process and transport. This may fill pipeline capacity that is underutilized today, providing attractive operating leverage. In other cases, existing assets may need to be expanded or perhaps new infrastructure would be needed. However, it is premature to suggest that a significant wave of new infrastructure projects could be on the horizon, particularly as midstream companies continue to prioritize capital discipline. Any new projects would require customers to sign long-term contracts in order for development to proceed.

Near- and long-term implications for US liquefied natural gas (LNG).

Benchmark Dutch natural gas prices have reached record highs in the wake of Russia’s invasion. Unlike oil, there are no strategic reserves for natural gas, and European inventories were already tight this winter. (Admittedly, the 60-million-barrel strategic release announced last week did not stave off higher oil prices, representing only ~60% of what the world consumes in a day.) While it will take time, Europe can reduce its dependency on Russian natural gas through the ongoing shift towards renewables and by purchasing LNG. To facilitate this, additional import capacity may be needed with Germany recently committing to the construction of two LNG import terminals.

For US energy infrastructure companies, the impact of the Russian invasion has near-term and long-term implications. On February 24, Cheniere (LNG) raised its guidance for 2022 adjusted EBITDA by 20% with improving LNG margins as one of the contributing factors, and Cheniere Energy Partners (CQP) raised its 2022 distribution guidance by $1 per unit to $4 – 4.25/unit. The expectation for Europe to look increasingly to the US for LNG is strengthening the long-term outlook for US LNG projects, which benefits Cheniere and those developing projects. Tellurian (TELL), which expects to start construction on the Driftwood LNG project in April, has gained 37.7% from February 15 to March 3. Meanwhile, NextDecade (NEXT), which expects to reach final investment decision on Rio Grande LNG in 2H22, has gained 53.7% over the same period. European LNG customers should be motivated to sign up for long-term purchase agreements from US LNG facilities. While this directly benefits companies with LNG export capacity, it has implications for midstream broadly. In short, more LNG exports means more natural gas production for midstream companies to process and transport, requiring more infrastructure or greater utilization of existing assets (read more

While the near-term impact of Russia’s invasion on energy commodity prices is readily apparent, the intermediate and long-term implications for the US energy landscape are less certain. Changes in how Europe sources natural gas should have positive long-term implications for US LNG exports with direct and indirect benefits for energy infrastructure. The extent to which US producers will accelerate production growth is less clear but could result in more volumes for energy infrastructure companies to handle.

Originally published by Alerian on March 7, 2022.