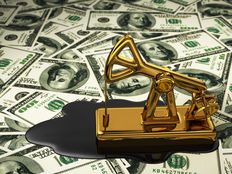 What to Know About the Outlook for Crude Oil Prices

The U.S. Energy Information Administration estimates that crude oil prices will generally remain near August average levels through the end of 2023.

The front-month futures price for Brent crude oil, the international crude benchmark, settled at $92.36 per barrel on September 1, a decrease of $7.67/b from the August 1 price of $100.03/b. The front-month futures price for West Texas Intermediate (WTI) crude oil for delivery at Cushing, Oklahoma, the U.S. benchmark, decreased by $7.28/b during the same period, settling at $86.61/b on September 1, according to EIA.

“Although we expect average crude oil prices to mostly remain between $90/b–$100/b through next year, the possibility for significant volatility around those averages is high,” EIA said in its short-term energy outlook released September 7

According to EIA, several recent events are contributing to increased uncertainty in the crude oil market and in EIA’s forecast, including:

Midstream differs from other segments of energy in the way that it earns a profit, providing its services for a fee, making it less sensitive to fluctuations in oil and natural gas prices. Energy infrastructure companies are those that perform the shipping and handling functions of the energy industry. Examples include companies that operate pipelines, facilities that process natural gas and natural gas liquids, and those that operate storage and export terminals, according to Stacey Morris, head of energy research for VettaFi.

The Alerian Energy Infrastructure ETF (ENFR ) and the Alerian MLP ETF (AMLP A-) are two funds to consider for investors looking to add midstream to a portfolio.