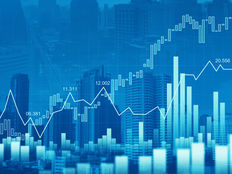 Could Growth Be the Real Value Destination?

Suddenly, value stocks are generating plenty of buzz, some at the expense of their growth rivals. However, not all value stocks are good values. Investors can avoid the pitfall of value traps with the ERShares Entrepreneurs ETF (ENTR B+).

ERShares founder Joel Shulman “advises listeners to be careful in buying traditional value stocks at this time. Prospective buyers should be wary of the price levels for debt-rich, declining margin, ‘value stocks’ that are at risk for a major price correction,” according to the issuer.

The Growth vs. Value Debate