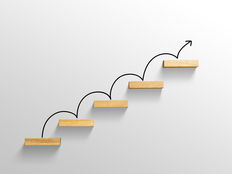 The ETF For Companies On the Rise

At a time when growth stocks continue dominating value rivals, investors may want to consider unique exposures to the former, including the Entrepreneur 30 Fund (ENTR B+).

The Entrepreneur 30 Fund tries to reflect the performance of the Entrepreneur 30 Index, which is comprised of 30 U.S. companies with the highest market capitalizations and composite scores based on six criteria, referred to as entrepreneurial standards.

“We incorporate a proprietary investment model which applies a global, bottom-up filtering process. Our 15 ‘entrepreneur’ factors utilize both qualitative and quantitative criteria,” according to EntrepeneurShares. “We apply our criteria to identify publicly traded entrepreneurial companies. History has shown that our model is effective across different market caps and geographical locations. We focus on management and leadership.”

ENTR: Weeding Out the Poorly Managed and Unsustainable

A primary advantage of ENTR when it comes to accessing growth names is that it takes a more meaningful approach than standard cap-weighted funds in this category.

Profitability and revenue are also screened to weed out companies that may be growing rapidly at the expense of financial foundations.

In fact, ENTR amplifies growth. The technology and consumer cyclical sectors are usually staples in standard growth ETFs, but those groups combine for almost 80% of ENTR’s roster. That’s overweight relative to traditional rivals.