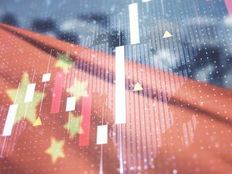 Market observers believe both factors will be out the window in 2023, potentially supporting bull cases for exchange traded funds such as the SPDR Bloomberg SASB Emerging Markets ESG Select ETF (REMG ). As its name implies, REMG is a broad-based emerging markets ETF that leans into the perks associated with environmental, social, and governance (ESG) investing.

REMG is also a solid idea for investors looking for China exposure without the commitment of a China-specific fund. REMG, which tracks the Bloomberg SASB® Emerging Markets Large & Mid Cap ESG Ex-Controversies Select Index, allocates 36.70% of its weight to Chinese equities, by far its largest country exposure. That’s relevant at a time when experts see China’s reopening fueling economic gains and developed market central banks likely laying off rate hikes in a bid to avoid recessions.

“China is rapidly lifting COVID-19 restrictions. We estimate its economic growth will clock in above 6% in 2023, cushioning the global slowdown as recession hits major DM economies. But China’s growth surge will be tempered by falling demand for its exports as U.S. spending shifts away from goods. We don’t expect the level of economic activity in China to return to its pre-COVID trend, even as domestic activity restarts. We see growth falling back once the restart runs its course,” according to BlackRock research.

It remains to be seen if developed market central banks will be successful in engineering soft landings, but the consensus is building that they will not be, indicating some major markets such as the U.S. could be vulnerable to contraction this year.

That puts some burden on China to pick up the slack for global growth, but that outlook also confirms why some asset allocators are constructive on emerging markets stocks for 2023.

“China replacing the U.S. as the driver of global growth underpins our preference for emerging market equities, including Chinese equities, over DM peers,” added BlackRock.

Beyond China, India is REMG’s second-largest geographic exposure at 14.12%. That’s an important point because equity markets there have been relatively sturdy over the past couple of years, India is Asia’s third-largest economy, and because it could soon surpass China in terms of population. Taiwan and South Korea, traditionally lower volatility markets relative to the broader EM universe, combine for 21.64% of REMG’s weight.