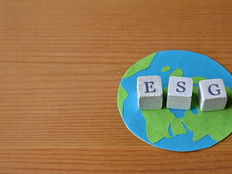 ESG Bond Credentials Are Going Under the Microscope

As the green bond market gain in popularity, more investors are taking a closer look at just how green these bonds claim to be or if they are just posing.

According to NN Investment Partners, the green bond market has sprouted from basically nothing a decade ago to about €660 billion, or about $751 billion, in outstanding debt today, and the market is projected to hit €2 trillion by the end of 2023, the Financial Times reports. However, the Dutch asset manager also found that 15% of those labeled green bonds are issued by companies “involved in controversial practices that contravene environmental standards”.

As investments based on environmental, social and governance principles attract more attention, fund managers are increasingly taking a deeper dive into the underlying investments, which include a closer look at the businesses and whether it makes sense to divide their activities into green and non-green departments.

“We don’t buy a bond because it’s green, but because the company is,” Tom Chinery, a Corporate Bond Portfolio Manager at Aviva Investors, told the FT. “And when we meet with a company that is selling a green bond, the first question we ask is if they are doing anything they wouldn’t be doing anyway.”

However, some question if being in dirty climate-related industries already taints a company’s ability to ask for green assistance. Chris Bowie, a Portfolio Manager at TwentyFour Asset Management, argued that if a bulk of an issuer’s business is in “dirty” industries, “and they are asking you to finance the clean bit, I’m not sure it’s really influencing them to change their behavior.”

“You can see why some investors get quite cynical,” he said. “You are scratching your head thinking ‘really? How did they get that [bond deal] away?’ You can’t just tick boxes with these things.”

Some observers also claim that certain green bond issuers have been “greenwashing.” For example, Ulf Erlandsson of the Anthropocene Fixed Income Institute, pointed out that while Australia is trying to fund the preservation of the Great Barrier Reef, the state’s massive coal business runs counter to that goal.

“Queensland’s expansionary coal policy is directly in opposition to all you’re trying to achieve with the green bonds,” Erlandsson told FT. “We declare that as a clear greenwash.”

“Green bonds are a gentleman’s agreement saying that we expect an issuer to do what they say they’re intending to do with the money,” Erlandsson added. “There’s usually no legal hardcoding in the bond contract saying that we have some legal recourse in case they don’t do what they’re supposed to do.”