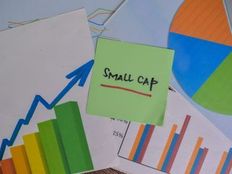 Investors May Be Leaving Small-Caps Too Soon

With equities volatile amid growing macroeconomic concerns and with many market participants looking to eschew risk, it’s not surprising small-cap stocks and the related exchange traded funds are incurring some punishment.

That doesn’t mean investors should outright ignore the asset class. In fact, now may be an opportune time for investors to consider smaller stocks while adding the benefits of the environmental, social and governance (ESG) overlay to the equation. Enter the SPDR S&P SmallCap 600 ESG ETF (ESIX ).

“Clients sold small caps in five of the last seven weeks, with rolling 4-week average flows negative since August versus positive for large caps since July,” strategist Jill Carey-Hall wrote in a report out Tuesday. “The spread between small cap outflows versus large cap inflows as a % of market cap over the last eight weeks is -1 standard deviation.”

ESIX, which tracks the S&P SmallCap 600® ESG Index, isn’t entirely immune from market participants’ negative sentiment toward small-caps, but it could also pay to take a longer view of the ETF. That’s particularly true because companies must meet profitability requirements to enter the S&P SmallCap 600 Index – the parent index of ESIX’s underlying benchmark.

Additionally, regardless of market capitalization, stocks with attractive ESG characteristics often display some other quality traits while, in some instances, exhibiting less volatility than non-ESG equivalents. Those notions could be supportive ESIX examination.

“Prior times over the last decade when the spread was similarly extreme, small caps led large over the next two months (by 60bp on avg)," Carey-Hall said. “We continue to prefer small>large amid supportive trends (services>goods, U.S. capex recovery/reshoring) and better pricing in of the risks.”

Another potential tailwind for ESIX is the strong dollar. Owing to the domestic focus of many small-cap companies, those firms are less vulnerable to currency fluctuations than their larger counterparts. That’s a relevant consideration at a time when the Federal Reserve is positioning for more interest rate hikes, which are likely to provide more fuel for a now lengthy greenback rally.

Speaking of interest rates, ESIX allocates over 20% of its weight to financial services stocks. Historically, small-cap banks are among the assets most positively correlated to rising interest rates. ESIX holds 384 stocks.