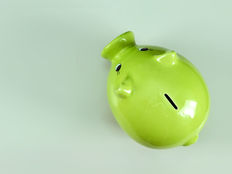 Private Investment Is a Credible Catalyst for Renewables

Much of the thesis for renewable energy equities and the related exchange traded funds often focuses on government spending.

Indeed, there’s no denying that’s a relevant factor to consider. After all, it’s Western governments, including those in the U.S. and Europe, that are driving significant adoption of clean energy products and technology. Likewise, as many investors already know, assets such as the SPDR Kensho Clean Power ETF (CNRG A-) can be adversely affected by political wrangling, particularly in the U.S.

That’s just the state of affairs when it comes to renewable energy investing, but in a positive development for investors who committed to this industry for the long term, some experts believe it will be private investment that drives the next wave of green energy expenditures.

“The consequences of years and years of outrageous inaction from politicians on the climate crisis are now being laid bare,” noted deVere Group CEO Nigel Green in a recent report. “The UK’s Met Office has issued its first-ever ‘Red Extreme’ heat alert; the worst heat wave in Europe is causing an avalanche of devastating wildfires across Spain, Portugal, Croatia and France; a heat dome has formed over the southwest and central U.S, smashing temperature records; and almost 90 cities in China are living under heat alerts.”

One way of interpreting the above is that although plenty of governments pay lip service to renewable energy, many aren’t yet adequately spending to that effect, but it’s possible that private industry can pick up some of that slack.

Over the long term, that could be to the benefit of CNRG member firms because government spending is notoriously slow and often inefficient. Conversely, private industry can drive targeted expenditures that are potentially relevant or specific to CNRG holdings.

“Trillions of dollars are needed. This is why it is now critical that private money is unlocked and mobilized in the battle to mitigate the worst effects of human-created climate change,” added Green. “If we fail on this, the level of finance will not be available, nor at the pace necessary, to halt the catastrophic effects of global warming. If mega amounts of private money are not urgently put towards battling climate change – the defining issue of our time – we are doomed to fail.”