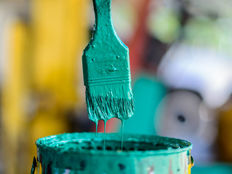 Regulators May Crack Down on Sustainable Claims

U.S. regulators are looking in to Deutsche Bank’s asset management arm in what could be the first step toward a wider crackdown on socially responsible investment claims, or what critics have described as “greenwashing” in the industry.

American officials are investigating DWS Group after the recently departed head of sustainability warned that the company overstated how widely it utilized sustainable-investing criteria, the Wall Street Journal reports.

Investing based on environmental, social, and governance (or ESG) criteria has become a hot trend. However, some critics have censured the industry for not clearly defining ESG criteria, which has led to “greenwashing,” or claims of being sustainable without any actual substance to back up said claims.

Tariq Fancy, former chief investment officer for sustainable investing at BlackRock, also recently wrote that ESG funds are profitable for the fund sponsors that are churning out the products to meet the rising demand, but they may not actually be doing any good. Fancy even argued that the fund sponsors have misled the public and diminished the chances that governments will act.

Two Harvard law professors also raised some concerns in a recent study, pointing out that after examining over 100 signatories to the landmark 2019 Business Roundtable pledge to shift from shareholder to a broader stakeholder model, the corporate commitments were “mostly for show.”

Meanwhile, the European Union has also tried to better define criteria and clamp down on greenwashing through more strict regulations. Its Sustainable Finance Disclosure Regulation helped define sustainable fund categories that pushed managers to reclassify products. Consequently, sustainable investment assets in Europe declined by $2 trillion between 2018 and 2020 as the industry separated the wheat from the chaff.

Looking ahead, observers believe that U.S. officials will take some cues from the E.U. rules, but with a lighter touch on regulations and a harsher bite through enforcement. For instance, Volkswagen suffered huge fines and customer-redress costs in the U.S. in response to its 2015 diesel fraud, but in Germany, it only had to comply with tougher emissions rules.