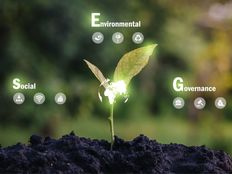 In a year defined by geopolitical and inflationary risk, it may be easy to miss one of the key ongoing debates in finance which concerns the definition and regulation of ESG investing. From the SEC’s pending rulemaking to the increasing political polarization of ESG, investors may be wondering how their portfolios might be impacted by new regulations.

That was the subject of discussion at Thursday’s Cato Summit on Financial Regulation, where panelists brought their expertise from asset management, the law, regulations, and more to try to address the pressing questions surrounding environmental, social, and governance investing.

Two major GOP-controlled states in Texas and Florida have in the past several months pushed back on ESG investing against a perceived boycott or bias against companies like those in the energy sector which may not meet various environmental standards.

McGinnis noted that while midterms would lead to hearings featuring testimony from asset managers and index makers, he did not anticipate a change in approach from the Biden Administration.

“Ultimately that is the extent of federal effect on ESG rules and regs from the change of the election,” McGinnis said.

Speaking from the asset management perspective, Keljo shared that while asset managers in SIFMA AMG aren’t necessarily opposed to the SEC defining ESG, they’re concerned by the number of regulators trying to address the issue at the same time in the U.S. and Europe, and would prefer that the “dust settle” in the space first and let ESG evolve some more.

Concerns surrounding a common materiality standard, and which funds would fall be defined as integration funds versus ESG-focused funds also abound among managers, or the “fund and advisor rule,” with both seen as too broad by SIFMA managers.

“From my members’ perspectives, the integration fund category is going to be very, very difficult for folks to implement. It’s a very broad category, and could really sort of capture a lot of different funds just because they take into account ESG risks,” Keljo said, noting that they suggested to the SEC that they either limit the category to funds that opt into it or drop it altogether.

“The ESG-focused funds [category], is also a bit too broad from our perspective and should be limited to those where the where ESG factors are part of the fund’s principle trading strategies, And they do ESG advertising and they have an ESG name,” Keljo continued.

McGinnis stated that he expected the climate disclosure and “fund and advisor” rules to be adopted in 2023, with litigation following shortly thereafter. McGinnis also suggested that it would make more sense for the climate disclosure rule to be adopted before the fund and advisor rule to provide information like a fund’s average carbon intensity so funds can comply.

The panel touched on other subjects including the BNY Mellon fine for ESG reporting issues, to which McGinnis emphasized the need for industry members to understand that if they say they are doing something ESG-related, even if not necessarily material to investors, they can be subject to SEC enforcement.

In closing, the panel took questions on subjects including the usefulness and definition of ESG as a metric given its lack of a strong definition, with the panel emphasizing the impact of the European ESG discourse on U.S. investors, and Europe’s lean towards regulatory prescriptiveness compared to a more principles-based approach.