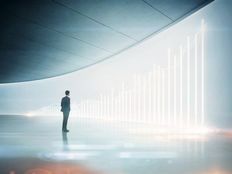 This Small-Cap SSGA ETF 'ESIX' Might Be Ready to Shine

Small-cap stocks and exchange traded funds might not be the first assets on investors’ minds these days owing to a poor start to 2022, but in recent weeks, smaller stocks are showing some grit.

That’s one reason to consider the SPDR S&P SmallCap 600 ESG ETF (ESIX ), but the good news is that there’s much more to the story.

“After suffering bruising losses earlier this year, shares of many small, domestic-focused companies are outshining the large-capitalization stocks that dominate the U.S. equity markets. In October, the S&P 600 small-cap index has risen 5.3%, beating the large-cap S&P 500’s 2.6% increase. For the year, the S&P 600 is on pace to outperform the S&P 500 for the first time since 2016,” reports Hannah Miao for the Wall Street Journal.

Those performance numbers are intriguing and relevant because ESIX follows a derivative of the S&P SmallCap 600 Index, but the “more” to the story is small-caps, including those residing in ESIX, are ideally positioned for today’s strong dollar environment.

Owing to the Federal Reserve’s late arrival to the inflation-fighting party, the central bank is taking aggressive steps to boost interest rates. In the process, the U.S. dollar is thumping other major currencies this year. That’s bad news for export-driven large-cap companies, but it’s a plus for smaller firms that do the bulk of their business on a domestic basis.

“Smaller companies are more insulated from adverse foreign-exchange effects because they derive more of their business stateside. Companies in the S&P 600 generate just 20% of their revenue outside the U.S., compared with S&P 500 constituents that make 40% of sales abroad, according to FactSet,” reports the Journal.

ESIX’s sector composition reflects a heavily domestic profile. For example, financial services is the ETF’s largest sector weight at almost 21%, while healthcare, consumer discretionary, and real estate stocks combine for over 30% of the fund’s lineup.

Bolstering the appeal of ESIX is that investors can access the quality attributes of stocks with favorable environmental, social, and governance (ESG) traits without having to absorb excessive valuations for the privilege. In fact, small-caps are downright expensive at the moment.

“The valuations of small-caps look even more attractive when compared with large-cap stocks. The S&P 600 is trading at 10.8 times expected earnings over the next 12 months, according to FactSet as of Friday. That is below its 20-year average of 15.5 and well below the S&P 500’s forward price/earnings ratio of 15,” according to the Journal.