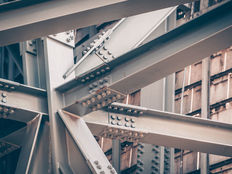 Sweden’s SSAB reveals it has “produced the world’s first fossil-free steel,” and has already begun delivery to its first customer, Volvo Group, according to CNBC. The work is a collaborative creation of the Hybrit project, owned by SSAB, mineral and mining group LKAB, and Vattenfell, an energy firm, with the latter two being owned by the Swedish state.

“The first fossil-free steel in the world is not only a breakthrough for SSAB, it represents proof that it’s possible to make the transition and significantly reduce the global carbon footprint of the steel industry. We hope that this will inspire others to also want to speed up the green transition,” said Martin Lindqvist, President and CEO of SSAB.

The iron and steel sector is currently a major producer of carbon dioxide emissions. The International Energy Agency reported that iron and steel creates 2.6 gigatons of carbon emissions each year, an amount that was larger than emissions from the cement or chemicals sectors. It is also the largest consumer of coal, having 75% of its energy needs met through this form of energy.

The goal is to have this steel able to be trialed and used industrially as early as 2026.

“Industry and especially the steel industry create large emissions but are also an important part of the solution. To drive the transition and become the world’s first fossil-free welfare state, collaboration between business, universities and the public sector is crucial,” said Ibrahim Baylan, the Minister of Trade and Industry of Sweden, as reported by H2 View.

As the world increasingly looks to solve the emissions crisis and works to eliminate reliance on fossil fuels, investors looking to avoid exposure to fossil fuels as much as possible in their investments have only to turn to the SPDR S&P 500 Fossil Fuel Reserves Free ETF (SPYX ). The investment is a core allocation to the large cap equities of the S&P 500, except with much-reduced carbon footprints.

That’s not the same as devoid of all oil stocks. The fund still has minor allocations to traditional energy companies, such as Valero (VLO) and Halliburton (HAL). But without exposure to companies actually holding the physical oil, coal, or gas reserves, the fund’s energy allocation is much reduced. Energy comprises just 0.71% of the ETF’s sector make-up, as compared to 2.54% of the SPDR S&P 500 ETF Trust (SPY A).

Top sector allocations of SPYX include information technology at 28.35%, healthcare at 13.69%, and consumer discretionary at 11.92%.