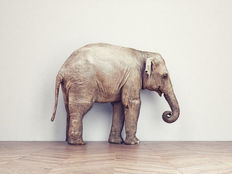 China: The Elephant in ACES' Room?

Renewable energy exchange traded funds, including the ALPS Clean Energy ETF (ACES), could be primed for post-election upside, but investors shouldn’t view these ETFs solely through a domestic lens.

In its efforts to curb the world’s worst pollution, China is an increasingly prominent player on the global renewable energy stage and that’s a significant catalyst for ACES going forward.

“The scope of Xi’s (Jinping) ambition, in a country that still gets two-thirds of its power from coal, is breathtaking. Follow-up documents from a Tsinghua University think tank estimate China will have to spend $15 trillion on green transformation, increasing solar power six times and wind more than three times,” reports Craig Mellow for Barron’s.

ACES Gets Help from Abroad

Boosting the long-term cases for ACES are data confirming solar and wind installation prices will continue declining in the coming decade. Renewables prices could increase due to the coronavirus, according to some market observers, but the consensus appears to be that the spike will be short-lived if it arrives at all.

“Buying the relevant Chinese stocks is another question, however. A lot of good news is already baked in, especially for solar producers, after recent price surges. Shares of industry leader JinkoSolar (JKS) have nearly doubled this year, and No. 2 JA Solar Technology (002459.China) more than tripled, on expectations of a global green reboot after Covid-19 and a potential election victory for environmentally minded U.S. Democrat,” according to Barron’s.

Renewable energy or clean energy ETFs that track industries like wind and solar farms are attracting more interest among investors seeking low-risk opportunities during this volatile period. Similar to what happened during the 2008 financial crisis, investors turned to renewable wind and solar farms as a safe-harbor investment with attractive yields. Wind and solar farms have long-term contracts to sell their electrical output to utilities and companies with good credit ratings for long periods, which makes their returns stable and relatively low risk.