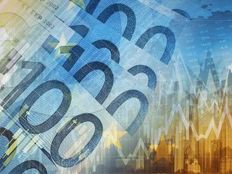 Eurozone Income and Opportunity Lurk in This ETF

Over the past couple of months, clear signs of life emerged with regards to Eurozone equities, indicating that a long-frustrating asset class could finally reward investors in 2023.

Still, it’s a murky prospect for leery market participants chastened by years of underperformance by European stocks. One way to guard against risk while elevating a portfolio’s income profile is with the ALPS International Sector Dividend Dogs ETF (IDOG B-).

As its name implies, IDOG is an international developed markets dividend exchange traded fund, not a dedicated Europe equity fund. That said, of the ETF’s 18 country exposures, 14 are European nations. Of those, eight are Eurozone economies. IDOG’s Eurozone allocations could be a perk for the fund’s investors this year as market participants work past the geopolitical issues (Russia’s war against Ukraine) that hampered the region’s stocks in 2022.

“The onset of the war in early 2022 triggered large downgrades to GDP and consumption growth and a slight uptick in wage expectations. But as policymakers and firms enacted policies to mitigate the economic risks, the downgrades began to reverse in the late summer. The continued upgrades to both consumption and wage growth estimates in recent months are consistent with a more resilient outlook for Europe,” noted BlackRock.

Dividend stocks, both foreign and domestic, often serve the objective of lowering volatility — always a consideration for investors mulling ex-U.S. allocations. On a related note, IDOG’s income profile is robust. As of Friday, January 20, the ETF sports a dividend yield of 4.15%. That’s 143 basis points in excess of the yield on the widely observed MSCI EAFE Index.

IDOG also equally weights its components and sector exposures. In the case of the latter, that leads to a more than 41% allocation to the financial services, materials, healthcare, and energy sectors, which confirms the ETF’s value leanings. One way of looking at IDOG as a value ETF is that the fund is reflective of the value opportunity available in many ex-U.S. developed markets, including European economies as well as Japan — IDOG’s largest country exposure.

Another point to consider is that while is still in its early innings, IDOG is off to an impressive start. The ALPS ETF is higher by 7.24% to start the year, or more than double the returns notched by the S&P 500. Among the catalysts for IDOG’s strong start to 2023 are German, French, and British equities. Those three countries combine for more than 31% of the ETF’s roster.

vettafi.com is owned by VettaFi, which also owns the index provider for IDOG. VettaFi is not the sponsor of IDOG but VettaFi’s affiliate receives an index licensing fee from the ETF sponsor