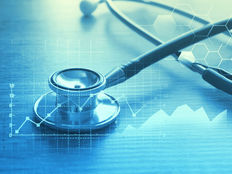 “Healthcare stocks are emerging as some of the biggest market winners post-election as the possibility of a divided government transpires,” reports Maggie Fitzgerald for CNBC. “The likelihood of a Democratic president and Republican Senate could keep the healthcare industry safe from shakeup that would otherwise happen with a progressive agenda.”

SBIO’s underlying index, the Poliwogg Medical Breakthroughs Index, is comprised of small- and mid-cap stocks of biotechnology companies that have one or more drugs in either Phase II or Phase III U.S. Food and Drug Administration (FDA) clinical trials.

Fast-growing companies have been outperforming their value-styled peers, or companies described as trading at a low multiple of their book value. The growth category has pushed ahead of value through much of the decade-long bull rally, and it continues to hold true in 2020, with the S&P 500 and S&P Small Cap 600 growth indices outshining their value counterparts.

“Biden has called for drug pricing reform surrounding the Affordable Care Act, but Wall Street agrees a Republican Senate would make changes difficult,” according to CNBC. “Stifel expects a Biden administration to increase rhetoric around drug pricing, though with a legislative gridlock, it doesn’t expect there to be any real threat to the status quo.”