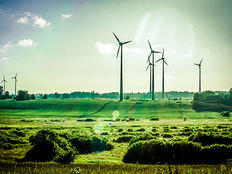 Surprise Region May Be Future for Renewables

When it comes to renewable energy adoption at a regional level, the U.S., China, and Europe are usually viewed as the major players, but some other areas could drive growth in the years ahead for ETFs, such as the ALPS Clean Energy ETF (ACES).

A surprise region that could engineer renewables growth is Southeast Asia. While the bulk of ACES’s components are domestic companies, the fund has global reach and as new markets open up, some of the fund’s member firms are poised to expand beyond the U.S.

“Southeast Asia is a very attractive market for renewable energy, owing to its rich renewable resources and surging energy consumption,” notes IHS Markit. “Growing at an average pace of more than 5% per annum, power demand in Southeast Asia is projected to keep rising over the next decade.”

“By 2040, IHS Markit forecasts that renewable energy will make up more than 18% of total power generation in the region,” according to IHS Markit. “The region has an aspirational target to increase renewable energy’s share of the primary energy mix to 23%, and this is coupled with the individual country’s renewable targets.”

Solar is likely to lead the way in terms of renewables adoption in Southeast Asia. As just one example, Malaysia serves as a template for that trend.

“Since 2016, over 4.6 GW of renewable tenders have been called across Southeast Asia, mainly for solar PV capacity. Currently leading with 2.73 GW of renewable tenders, Malaysia has demonstrated the effective use of tenders to both lower the cost of solar generation and grow renewables capacity. Malaysia introduced large-scale solar PV tenders in 2016 and has already issued four tenders to date,” according to Markit.