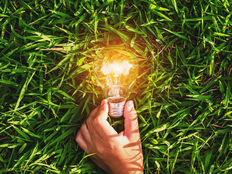 What's Next for Midstream Energy Plays in 2020

The energy sector is on a roller coaster ride this year, one that’s taking energy infrastructure names and master limited partnerships (MLPs) along for that ride. However, midstream ideas, including some found in the Alerian Energy Infrastructure ETF (ENFR ), can take some of the edge out of energy investing.

“The recovery in energy has been multifaceted against the backdrop of an improving fundamental outlook for oil,” said Alerian analyst Michael Laitkep in a recent note. “For midstream, in particular, constructive company updates before and during 1Q20 earnings season and resilient distributions from larger names have likely supported performance. With the federal funds rate cut to zero in March, investors may also be attracted to midstream for income, which remains attractive despite recent distribution cuts. As of June 5, the AMZI was yielding 9.5%, off its high of 25.3% on March 18 but above its trailing three-year average of 8.6%. Similarly, the AMEI was yielding 7.1%, down from a high of 15.2% on March 18 but above the index’s three-year average of 6.4%.”

Midstream and MLP businesses are included in the ETF strategies because the segment is fundamentally related to the sector company businesses, can potentially increase yield generation, and are historically excluded from S&P 500 and Dow Jones Averages, providing another layer of diversification benefits.

Increasing the relevancy of midstream operators in today’s climate is their sturdy financial positions.

Midstream firms are also dealing with leverage in fashion superior to many exploration and production outfits.