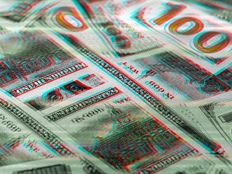 Inflation Aid Could Assist These ETFs

The November reading of the Consumer Price Index (CPI) was revealed on Tuesday, checking in at 7.1%. While that’s still high by historical standards, it also represents a marked improvement from the readings north of 8% seen on multiple occasions earlier this year. Some market observers believe that easing inflation will set the stage for the Federal Reserve to hold off on interest rate hikes or, at the very least, dial back its currently aggressive posture on that front.

That could be a boon for growth equities and exchange traded funds such as the Invesco QQQ Trust (QQQ B)+ and the Invesco NASDAQ 100 ETF (QQQM B).

A recent report by Savita Subramanian, head of U.S. equity and quantitative strategy at Bank of America Securities, highlights some of the stocks likely to benefit from ebbing inflation, and the list includes several members of the QQQ and QQQM portfolios. Not surprisingly, some consumer discretionary names make the cut.

That group includes Amazon (NASDAQ:AMZN), and that’s relevant to investors considering QQQ or QQQM because consumer cyclical stocks account for 13.74% of the ETFs’ rosters, and Amazon is the largest holding from that sector at a weight of 5.16%.

“The less-than-anticipated inflation reading also likely solidifies that the Federal Reserve will raise its benchmark interest rate by only 0.5 percentage point on Wednesday, slowing the pace of increases in the final meeting of the year,” reported Carmen Reinicke for CNBC.

Amazon has other supporters, including Citi analysts, which reiterated a “buy” rating on the stock with a $145 price target in a note out Tuesday.

“We recognize the demand challenges facing Amazon’s retail business given macro, slowing AWS growth, and lower operating income,” wrote the Citi analysts. “But we also believe Amazon can gain wallet share during these uncertain times and that adoption of AWS can accelerate through improved operating efficiencies, and hiring freezes can deliver improving operating income.”

Citi is constructive on several other internet-related names heading into 2023, some of which are QQQ and QQQM member firms. That group includes Facebook parent Meta Platforms (NASDAQ:META), which accounts for 2.19% of the ETFs’ rosters.

In what could amount to good news for QQQ and QQQM in the new year, Citi sees internet equity fundamentals being a priority for investors.

That “takes us back to the fundamentals, with a particular focus on high-quality companies, well positioned to outlast the near-term macro challenges, and which should come out ahead in the new landscape,” they noted.