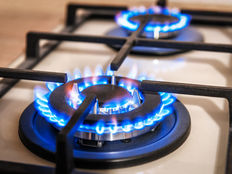 Renewable energy sources and fossil fuels tend to be rivals, but rising prices for one of the latter could actually bolster the case for clean energy exchange traded funds such as the Invesco WilderHill Clean Energy ETF (PBW B-).

PBW seeks to track the investment results (before fees and expenses) of the WilderHill Clean Energy Index. The underlying index is composed of stocks of publicly traded companies in the United States that are engaged in the business of the advancement of cleaner energy and conservation. Stocks are included in the underlying index based on the index provider’s evaluation that such companies will substantially benefit from a societal transition toward the use of cleaner energy and conservation.

“After two record years in 2019 and 2020, US lower-48 gas-fired power generation is expected to retreat in 2021 owing to higher natural gas prices and changes to the electric fleet,” according to IHS Markit. “Many of the trends taking place within the US generation stack are a continuance of activity from prior years, like coal plant retirements and capacity additions for solar- and wind-powered projects, but the latter is picking up the pace.”

The Perfect Storm for 'PBW'?

In early February, natural gas prices were higher for the same period year-over-year when the weather conditions were uncommonly warm, but they were still about 15% below the price to start this heating season. Temperatures remained above average for the covered week, including in the Midwest, a key driver of gas demand during the winter season.

Rising natural gas prices are meaningful for clean energy producers because much of the case for increasing adoption of renewables centers on costs. If green energy producers, including PBW components, can beat fossil fuels on costs, the usage case for the former rises.

“We expect 2021 average natural gas prices to average near $3.00/MMBtu and as a result natural gas-fired power generation will decline to 33% of US net generation. Increased generation from coal, solar, and wind should make up the shortfall. There are multiple market forces at play that are causing the rise in gas prices, namely a tightening of the market due to declining production and a slight increase in total demand,” notes IHS Markit.

Adding to the case for PBW is that clean energy still enjoys significant political support. Following the $1.9 trillion stimulus effort, the Biden Administration is expected to target a $2 trillion infrastructure bill that’s widely expected to be heavy on renewable energy initiatives.