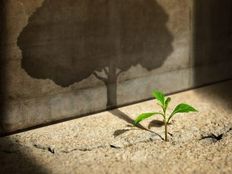 It’s well-documented that many environmental, social, and governance (ESG) exchange traded funds are heavy on growth stocks. That’s certainly the case with the Invesco ESG Nasdaq 100 ETF (QQMG B+).

QQMG, which turned a year old last week, follows the Nasdaq-100 ESG Index, meaning a growth/technology profile is in this ETF’s DNA. That explains the ETF’s struggles this year, but that composition could spell opportunity as investors look for tax-loss harvesting opportunities ahead of 2023.

“Tech stocks account for about one-quarter of the assets of the average large-cap E.S.G. fund, compared with only one-fifth of the assets of the average traditional large-cap fund, according to Morningstar. And technology has been one of the sorriest stock-market sectors this year, down 31.4 percent through the end of the third quarter,” reported Tim Gray for the New York Times.

QQMG holds 96 stocks, indicating a substantial portion of the Nasdaq-100 Index (ESG) sports legitimate ESG credentials. More than 62% of the ETF’s holdings are classified as growth stocks, according to Invesco data. That compares with about 9.3% that have the value designation. However, after the drubbings endured by many QQMG components this year, some of these growth names are offering value.

“You could say growth stocks are favored by seers — people who years ago imagined that Google’s ability to vacuum up data from online searches could yield more than just a better search engine. (Google’s parent company is now called Alphabet.) Value stocks are favored by bargain hunters — people who today may envision General Electric not as an aging industrial conglomerate but as a sturdy collection of assets trading at a discount,” according to the New York Times.

Enhancing the allure of QQMG is the fact that the ETF is full of quality stocks. Said another way, while it’s not a value fund in the traditional sense of the term, QQMG also isn’t home to stocks that could be viewed as value traps.

Rather, battered names such as Apple (NASDAQ:AAPL), Alphabet (NASDAQ:GOOG), and Amazon (NASDAQ:AMZN), just to name a few, are wide moat companies with impressive ESG credentials trading at multiples that haven’t been seen in some time.

As the New York Times reports, retail investors often make the mistake of bailing on growth or value stocks and funds after incurring significant losses. With the growth-heavy QQMG taking on an unusual value tilt, now could be a good time to at least examine the ETF instead of ignoring it.