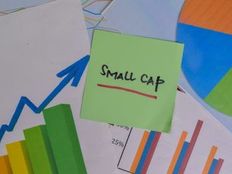 Small-cap stocks and the related exchange traded funds are getting in on the equity market rebound in early 2023. In fact, smaller stocks are playing clear leadership roles in the broader market resurgence.

Confirming as much, the widely observed Russell 2000 Index is higher by 7.44% year-to-date. That could be evidence the January Effect – the scenario in which small-caps lead to start the year – is taking hold. Should that be the case and prove durable, ETFs such as the Invesco NASDAQ Future Gen 200 ETF (QQQS ).

QQQS holds 203 stocks, some of which currently reside in the lower end of the small-cap territory, but that’s not an ominous trait because some market observers are highlighting leadership in the smallest of the small-caps in the early stages of 2023.

“With the calendar turning to the new year, we have seen a nice relief rally in the smallest of the small caps with names below $500M [in market capitalization] up 11.3%,” wrote Jefferies small-cap strategist Steven DeSanctis. “These stocks are the cheapest part of the market, but up until now have been ignored.”

QQQS follows the Nasdaq Innovators Completion Cap Index, which is a smaller stock counterpart to the Nasdaq 100 Index (NDX). However, that doesn’t mean the Invesco ETF is growth-heavy and on par with funds that track the Nasdaq-100. QQQS allocates over 36% of its weight to stocks with the value designation while growth fare represents just over 23% of the fund’s roster.

For investors evaluating the fund, that’s pertinent because not only are small-caps tipped to outperform again this year, market observers expect the same of value stocks. While QQQS isn’t a value ETF in the strictest sense of the term, it has more than enough value tendencies to garner some benefit from a potential 2023 value rally.

Other points in favor of QQQS include expectations that small-cap earnings growth will easily outpace that of larger stocks this year and that some of the ETF’s member firms are already profitable or nearing that enviable status – a significant perk when it comes to small-cap equities. That could be a sign that ETF offers some element of quality, which is often hard to come by in the small-cap space.

“In recent marketing meetings, we spoke about both being down cap but yet wanting to emphasize quality,” noted Jefferies’ DeSanctis. “The pushback was that this is hard to achieve.”