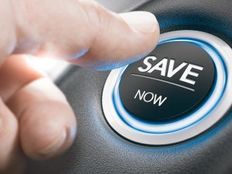 Among the most discussed themes amid the 2022 equity market duress was weakness in once high flying growth stocks, much of it attributable to the Federal Reserve boosting interest rates seven times this year. Prior to 2021, growth outperformed value by notable margins for about a decade. Now, value is on a two-year winning streak against growth.

Speaking of value, the emergence of it across the growth spectrum, including in exchange traded funds such as the Invesco QQQ Trust (QQQ B)+ and the Invesco NASDAQ 100 ETF (QQQM B), explains why hunting for value in unusual places was a prominent theme in 2022.

As VettaFi’s Elle Caruso reported in March, a confluence of factors forced growth stocks and ETFs down to rarely seen discounts.

“In the current market environment, marred by turbulence, inflation, and uncertainty about rising rates and geopolitical tensions, long-term investors have the opportunity to capitalize on traditionally expensive, highly-regarded funds trading at a significant discount,” wrote Caruso.

There’s something to that take, because as 2022 wore on, it became clear that some members of the QQQ and QQQM lineups were taking on value traits. The Fed played a part in that, because rising interest rates diminish the allure of growth companies’ future cash flows.

This year’s weakness in growth stocks is also allowing value to close a long-running, sizable gap. For how long that trend lasts remains to be seen, but if Treasury yields decline in 2023, ETFs such as QQQ and QQQM could generate upside.

Potentially auguring well for QQQ and QQQM in 2023 is the point that current discounts on some of the ETFs’ marquee components, including Google parent Alphabet (NASDAQ:GOOG), Amazon (NASDAQ:AMZN) and Facebook parent Meta Platforms (NASDAQ:META), are so unusual relative to historical precedent that investors — both of the value and growth persuasions — could be compelled to nibble at these high-quality names in the new year.