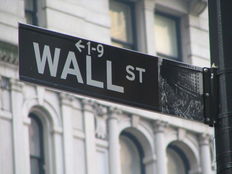 5 ETFs that Changed the Investing World

The obvious choice for this list has to be the first ETF ever, SPY. Tracking the S&P 500, SPY made its debut in 1993 and has become one of the most popular investment vehicles in the world. With over $150 billion in assets and often trading over 100 million shares in a single trading session, it is clear that SPY is the king of ETFs.

The fund is not only an option for retail investors looking for long-term U.S. equity exposure, but its healthy liquidity and busy options market also makes it an ideal product for active traders. Note that SPY is actually structured as a unit investment trust (UIT) and will terminate on 1/22/2118 barring any kind of restructuring of the fund.

It would be impossible to make this list without mentioning GLD. For starters, GLD was the first ETF to ever focus on commodities when it debuted in 2004. Aside from making a once hard-to-reach asset class available for investors, the fund also made a few other firsts. GLD was the first ETF to invest solely in gold as well as utilizing a physically-backed structure to do so.

What made GLD so popular is that it is representative of one-tenth the price of an ounce of gold, which means that it is 10 times cheaper to buy GLD than physical gold itself (although you obviously will not own the same amount of the commodity). GLD made gold affordable for numerous retail investors who were turned off by its sky-high prices, especially in recent years. The fund remains as one of the largest and most liquid ETFs in the world [see also How Gold ETFs Are Taxed].

Volatility has always existed in investing, but it was only recently that it became an investable asset. The VIX Index, often referred to as the “Fear Index,” measures volatility in the S&P 500 and almost always moves in the opposite direction of markets; so when SPY is up, VXX is usually down and vice versa. That last fact has made it a popular hedging tool.

VXX debuted in early 2009 and its significance comes from the fact that investors no longer needed complex futures accounts to invest in volatility. VXX was an easy one-stop-shop for access to this emerging asset class. Of course, this created some problems as well; the fund is often far too complex or inappropriate for retail investors, but because it is so readily available many have invested regardless of their understanding [see also The Complete History of the VIX and VXX].

Today, VXX is among the most actively traded ETFs in the world, typically trading tens of millions of shares in a single session.

Number four came in at a tie. At first glance, IAU and VWO couldn’t be less similar as investments–IAU tracks physical gold while VWO invests in emerging market equities–but these two funds were extremely significant in that they both were instrumental in initiating the price war in the ETF world that has only benefited investors over the years.

IAU is a carbon copy of GLD for all intents and purposes, but it charges 15 basis points less for investment (it originally charged the same as GLD, but slashed its fees in mid-2010). In that same regard, VWO (when it debuted) was identical to the extremely popular MSCI Emerging Markets ETF (EEM A-) except that it charged far less for the same exposure. The plan worked out swimmingly for both funds as they undercut their peers and each gained billions and billions in assets under management.

Today it is quite common for ETF issuers to attempt to one-up each other with funds that charge less for similar (and in some cases identical) exposure, much to the delight of investors. These two funds were among the earliest and most successful examples of the fact that investors appreciated and sought out low cost options [see also Is A Cheaper Gold ETF A Better Gold ETF?].

Investing with leverage is quite a dangerous game that is typically left only for those with the risk appetite and the understanding of how it works (or for reckless financial institutions in the mid-2000s that were trying to crash the global economy).

Utilizing leverage used to mean borrowing money on the margin, something that many investors dread. That is why the simultaneous launch of four leveraged ETFs made such a major impact on the investing world. On June 19th, 2006, four leveraged ETFs debuted (DDM, MVV, QLD, and SSO), making it easier than ever to gain leveraged exposure. Today, there are dozens of ETFs that utilize leverage, some of which are among the most heavily traded in the space [see also Leveraged ETF FAQs].

Of course, like VXX, the introduction of these products has caused a number of problems. The ease-of-investment and availability spawned a number of investments by inexperienced investors, which ultimately ended in some big losses. Leveraged products were designed with complex day traders in mind, but their downfall is that any retail investors are able to buy a product with ease, regardless of how well they understand the risks and complexities. Leveraged products have certainly been among the most highly contested ETFs in the world, but nonetheless have continued to grow over the years.

There have been a number of ETF products which have had a material impact on the investing world aside from the funds mentioned above, but the above list includes some of the biggest game changers. Don’t agree with my list or think I missed something? Feel free to tweet your idea to me @JaredCummans or leave it in the comments below.