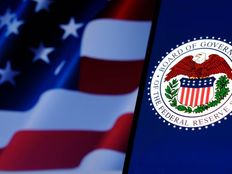 Fed Up: Can the Fed Accommodate the Market?

2022 was a year of disappointment and negative surprises as economies faced the consequences of geopolitical turmoil and central banks fighting inflation. The result was a historic decline in global investment wealth. Statistically, 2023 is likely to be better.

A historic 2022 closed in a positive quarter with markets rising before falling in December. During the quarter, MSCI ACWI and global bonds rose by 9.9% and 4.6% respectively, putting an end to a three-quarter losing streak. Still, 2022 will be remembered as a year characterized by elevated volatility and heavy losses across asset classes:  ACWI -18.4%, S&P 500 -18.2%, US aggregate bonds -13% and global bonds -16.3% — marking the first time in modern history both stocks and bonds were significantly down in a calendar year.

After a more benign-than-expected inflation report in November, a more hawkish-than-expected Fed in December signaled they’re unlikely to cut rates in the near future but will slow the pace of future rate hikes. Consequently, the 10-year nominal yield ended the quarter at 3.88% (real yield at 1.58%), little changed from the last quarter, but 225 bps higher than the last year. The dollar fell sharply by 7.7% over the quarter but remains up 7.9% for the year.

International markets staged a comeback after a challenging first three quarters of the year. China announced a full reopening in December and a warm winter in Europe eased energy concerns. As a result, European equities (21%), Asia-Pacific equities (13%) and Emerging Market (EM) equities (10%) all outperformed U.S. equities (7%) this quarter.

Many trends reversed in the final quarter. International government bonds performed the best, boosted by the falling U.S. dollar. Credit risk provided additional return with investment-grade corporate bonds and high yield both up more than 4%. The duration risk was largely muted – short-term Treasurys were up less than 1% and long-term Treasury declined about 1%. Fixed income has become a more attractive risk-reward opportunity with intermediate and long Treasurys offering positive real yields and a recession-risk hedge going forward.

Value and dividend stocks continued to outpace growth stocks in Q4 by approximately 30% in 2022, the widest gap seen in two decades. The value tilts in the portfolios were beneficial to the relative performance. Large-cap growth stocks led by the tech sell-off were the worst performing equity this quarter and for the year. Modest overweights to international equities helped the relative performance. Additionally, gold did its part – adding stability to the portfolio in a volatile market. U.S. REITs dragged down performance throughout the year amid rising rates, while international REITs saw a stronger recovery during Q4, helped by the rebound of the heavyweight Asia-Pacific markets.

All models were traded last November to adjust to market conditions. The new portfolios optimized significantly toward short duration bonds to reduce risk and take advantage of the inverted yield curve, while equities shifted toward minimum volatility and large value. Additionally, we switched U.S. Treasury ETFs (from iShares to SPDR) to improve coverage of the treasury market and lower expense ratios from 15bp to 6bp.

For Tax-Sensitive portfolios, special attention was given to tax-efficiency of the trade as we anticipated most investor accounts would experience taxable losses from the sale of ETFs as part of the trade. Additionally, exposure to taxable income was reduced as higher yields have increased the tax impact of income.

MAI portfolios were rebalanced to optimize for higher yields and risk management. We added iShares Convertible Bond ETF (ICVT) and removed iShares Global Infrastructure ETF (IGF) in our MAI portfolios to enhance portfolio efficiency. We chose to remove IGF, even after its strong contribution to portfolio return this year to invest in higher yielding assets.

There’s reason for optimism as the three major factors that have strained the global economy (Covid, China, and Russia) improved over the year. Covid may continue to normalize. If this trend continues and life truly goes back to normal, economic productivity will likely improve. China still has a risk of a major reversal, but is rapidly reopening and returning to the global economic community. The Russian invasion may not end soon, but Europe and the world have adapted away from economic dependence on Russia. The war remains a great and tragic risk to life, but even if the situation does not change, we can expect greater commodity price stability going forward.

Recession remains the top economic concern. As long as the Fed continues its single-minded battle with inflation, recession remains a real possibility. But what a recession means for investors depends on the type of recession as explored below.

The Fed or Markets – which is the better predictor?

The Fed has been and continues to be the most closely watched institution in the world. All policy, minutes, and speeches by members are immediately and vigorously priced by markets. This means the yield curve contains a wealth of information. Currently, the market’s best guess is that rates will continue to rise from Fed hikes for the next six months to nearly 5%. This is somewhat lower than what the Fed has indicated.

Markets and the Fed diverge more strongly after six months. The Fed expects to leave rates at their plateau for some time while the market thinks a pivot to lower rates is likely. The most obvious reason for a pivot would be a faster than expected economic slowdown.

Keep in mind that the entire yield curve is a market expectation representing the equilibrium beliefs of many investors, so it’s unlikely to be the exact path of the Fed policy. Included is the possibility that the Fed will change course as new data arrives showing the economy slowing more than the Fed desired. This is notable in that the Fed has stated it expects to maintain rates at a steady level for some time after rate hikes stop. In reality, there are large error bars around the market expectations. They include:

Last year, the entire yield curve rose dramatically. Last quarter, in a rare case of things going as expected, short term rates rose but intermediate and long-term rates did not. Markets expect rates to top out below 5%.

In contrast, the Fed’s own expectations according to the “dot plot” of individual forecasts show they expect to raise rates over 5% in 2023.

Fed forecasts are known to be unreliable as can be shown with the dot plot from a year ago that forecast rates would likely stay under 1% in 2022.

A full-blown recession is not guaranteed, but does it matter for investors? Even if there is a recession in 2023, it doesn’t guarantee poor stock returns. In many past recessions, markets anticipated an economic slowdown with lower asset prices well before the recession. The slowdown in 2023 is highly anticipated and can take many forms. With an average forecast probability of recession close to 65% for investment professionals (source: Wall Street Journal, Goldman Sachs), a slowing and possibly shrinking economy is certainly priced in to markets. Therefore, inflation easing with anything short of a moderate recession would be good news for markets.

Since the market has a strong incentive to price in all available information, predictions are difficult and error-prone. Still, some considerations are plausible going forward:

Overall, 2022 was a difficult year for investors. While the historic decline in global wealth and the specter of a recession may have depressed investor sentiment, 2023 is likely to see improved stock and bond returns. Considering this probable development informed investors should continue to stay invested as long-term investing offers the best way to participate in market upturns and capture inevitable economic growth.

DISCLOSURES: Past performance does not guarantee future results. As market conditions fluctuate, the investment return and principal value of any investment will change. Diversification may not protect against market risk. There are risks involved with investing, including possible loss of principal.