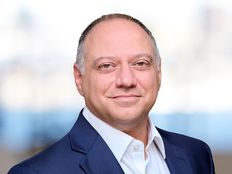 Meet a Strategist with Auour Investments

Meet a Strategist is a weekly feature where Evan Harp talks to different strategists about how their firms are responding to the current moment. This week, he sat down with Joseph Hosler, managing principal at Auour Investments.

Joseph Hosler: I think the economy is the thing that’s keeping everybody on edge. It’s the idea that the Fed is walking this tightrope between keeping the economy growing and taking care of inflation. That is where clients are most concerned, and then also how the economic outcome from the Fed’s actions will bleed into the financial plan that advisors have set up for them.

I think for our clients, we’ve done a pretty decent job. We came into this year with a very conservative tilt of 25% to 40% cash across our equity and fixed income products. We warned people that we were concerned about the risk attitude of the market and the creeping up of risk aversion and how that might impact portfolios. I think they feel a little bit more in control based on being warned about it and defensively positioned.

Now, of course, no one likes to see the account values drop, but to have been warned of it and to have produced a lower level of drawdown at a lower level of volatility, I think has kept them in the game and feeling as though their financial plan is still intact.

Joseph Hosler: We came into the year very defensive, so we really haven’t changed much over that period. I would say that, on a short-term basis, given some recent dynamics, we think that the fear became too extreme too fast. We could see potentially a move back into investment markets across our strategies, reducing the tactical cash that we hold. But at this moment, the changes within the market are something that we see as a tug-of-war between the extremes — people that think the world is going to come back to life just as it did after COVID versus those that think we’re in front of a deep decline. That tug-of-war between those two outlooks is causing us to temper our portfolios, and not overreact in a way that whipsaws clients’ portfolios.

Joseph Hosler: Well, as I said, it is a tug-of-war between the two extremes. People either want to be fully invested, hoping risk assets recover or those that want to be hyper defensive, thinking the world is going to end. I think it aligns with that fear that everybody has around the Fed. Is the Fed going to be able to accomplish a soft landing, or are they going to be forced into fighting inflation to a point that it really takes the market down?

With energy prices being high and the scarcity factors that we’re starting to see around the globe with food and oil — the inputs to almost all economic activity — it does make many people think about the 70s again and a stagflation period where the Fed just can’t fight the inflationary inputs that they see. It could cause the market to get hit even more and over a longer adjustment period.

For us, we continue to see a high level of instability and uncertainty in the market. That doesn’t mean that we want to go fully into the market or fully out of the market. It’s this temporary approach of mitigating the volatility the market experiences, taking advantage of the short-term mood swings, and using a disciplined approach that we have or what our algorithm does — which is to try to take the emotion out of making these moves. If you look at the 70s, the equity market was almost flat for the decade, but it had these large swings, and that’s where people get sucked in at the worst time or get scared out at the worst time. Our approach is to try to take that emotion out and attempt to take advantage of it rather than be a victim of it.

Joseph Hosler: So, we’re pretty much a boring ETF strategist. [Laughs.] We look to keep our costs low and to gain regional or factor exposures based on our algorithm. Over the last two or so years, we have moved into more active management, or the use of actively managed ETFs in the fixed income space.

I think there’s been a lot of innovation in that area for ETFs. There’s always been a lot of active management of fixed income. But unlike the equity markets, it’s not really been in the ETF form up until the last few years. For us, it’s been much more looking for ways to mitigate credit risk. We want somebody to have a strong eye towards the credit risk within the portfolio. We find the *SPDR Blackstone High Income ETF (HYBL ) interesting. It’s this ability for an active manager, Blackstone, to move between different forms of liquid high yield credit via high yield bonds, CLOs, or other forms of credit that we as retail investor strategists might not have the ability to obtain. They do, and they’re experts in it.

The other one would be for our inflation strategy where we have a focus on trying to find investment opportunities in those areas that benefit from scarcity. One of the ETFs that we use a lot is the First Trust North American Energy Infrastructure Fund (EMLP B-). It’s a way for us to gain access to an area that we think will see strong returns. We see underinvestment in U.S. energy infrastructure. That has resulted in a high level of scarcity that has grown over the last 10 years plus. EMLP offers a means of investing not just in fossil fuels, but also in renewables. So, it’s a core component of our investment in the energy infrastructure of the U.S.

Evan Harp: What’s one thing that sets your firm apart?

Joseph Hosler: When we started the company 10 years ago, we were one of the first, if not the first, to focus on regime-based investing for the advisor channel. What regime-based investing is, is this focus on respecting that investment cycles go through different phases with each phase having different factors that investors favor. So, you want to better understand the phases that they go through to tune portfolios for each different period.

It’s not just a tilt towards value or tilt towards growth. It’s more about understanding where you are within the cycle to know what areas or what factors you want to emphasize. Auour has been recognized as an innovator in the regime-based investing market, and we are proud of our results in mitigating large drawdowns and mitigating volatility without having to sacrifice overall returns. Though regime-based investing has been around for about 12 years, I think we still stand out for our approach and the institutional rigor we applied to the idea of regime-based Investing.