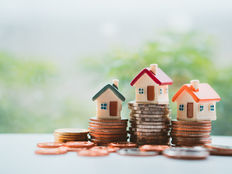 The Critical Key to a Housing Market Recovery

The housing market is in turmoil and investors are rightly concerned. Our analysis of the housing market points to one clear issue, a buyer’s strike. It is not a lack of demand for new homes, nor is it a matter of household finances. The real culprit seems to be the prices for homes. After experiencing a spike in home prices since mid-2021, we expect to see a correction in these prices sufficient to clear the market.

The current housing situation is not like the mid-2000s housing boom and bust. We do not have the same level of persistent price appreciation, the speculation, nor the shaky underwriting standards associated with the subprime lending that caused so much trouble back then. Instead, we simply have a market where prices have recently gotten out of sync with both historical trends and current demand. This market will clear and there will be headlines associated with the price declines, but it looks like the situation will only heal with time. In other words, market forces will eventually lead the market to equilibrium.

The pace of the recent spike in mortgage rates is clearly a shock to the system. However, current rates are only at levels just above where they were during the mid-2000s housing boom, and well below the 8%-9% we saw during the 1990s. It is probably not the absolute level of interest rates causing the current housing turmoil. In fact, many of us purchased our first homes decades ago at interest rates that were significantly higher than what we see today. The low interest rates enjoyed by mortgagees over the past decade were an exception by historical standards and not the norm.

Meanwhile, household finances are in good shape overall based on household debt service and principal payments as a percentage of income where lower is better, as well as on other measures. By comparison, to match the debt load relative to income at the peak of the housing boom and just before the GFC, households would have to increase their debt burden by 38% (13.17% compared to 9.52%). Currently, household finances in aggregate are in better shape today than at any time during the previous business cycles going back to 1980. Therefore, housing affordability relative to interest rates and household finances does not look like the cause of the current market turmoil. At least, in a historical context, it is not a major contributor.

Rather, we think it is the prices of the homes themselves that has gotten out of whack. After rising at between 4% and 6.5% per year on average from 2015-2019, the year-over-year increase in home prices peaked at more than 20% earlier this year. Yes, there is still a strong demand for homes in our opinion, but the market will only clear at reasonable prices. Before the pandemic, the median price of a single-family home was $329,000, whereas at the end of June 2022, the median was $440,300. That is a massive 34% price increase over a short period of time. Home prices took off as the economic recovery from the pandemic began, so this is really a near-term phenomenon.

As a result, these inflated prices will have to decline for the market to clear. It is not the level of mortgage rates or household finances that are the issue, but rather the jump in the home prices. In response to the increase in prices, the market seems to be in a buyers’ strike. Home prices will need to correct for the market to normalize.