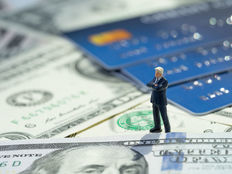 The U.S. Financial Picture Is Better than You Think

We have all seen the headlines about increased U.S. debt burden and higher interest rates. Pre-pandemic projections by the Congressional Budget Office indicated that the United States would reach debt to GDP levels close to 100% by 2030, however, funding the pandemic bailouts has pushed this scenario ahead by years. After jumping to more than 100% during the pandemic, Federal debt held by the public has fallen back to less than 95% of GDP. While still at a historically high level, the downward trend is evident.

Although a lot is written about debt levels, high debt to GDP ratios are common as many countries operate at a deficit. The U. S. has operated at a deficit on average since the 1960s except for a brief surplus in the 1990s. More recently, lower interest rates made it possible for many countries to fund higher debt levels. Current debt service to GDP levels appear bearable on a historical basis. For example, as debt levels grew by year end 2020 to 100% of GDP, lower relative interest rates in the years leading into the pandemic and the record low interest rates following the pandemic resulted in the average interest rate on Treasury debt approaching a 20-year low of 1.57% at the end of 2021.

That average rate is well below the historical average of 3.5%. The recent decrease in interest rates has clearly lessened the impact of the surge in debt caused by the pandemic bailouts.

In fact, current interest rate expense relative to federal tax revenue is so low that that there is little risk of this becoming an issue in the near-term in our opinion. As the following graph suggests, current interest expense to tax receipts is less than half of what we saw during the strong economic growth years in the 1980s and early 1990s. This environment formed despite the recent increase in debt outstanding discussed above.

Current interest rates are far lower than during previous business cycles, and we forecast that they will stay at lower levels relative to history for some time. We expect that U.S. long-term interest rates have already peaked based on slowing economic growth combined with falling inflationary pressure going forward. Unless interest rates somehow climb back to levels seen during previous business cycles, we conclude that the current and near-term federal debt levels are sustainable.

In summary, context is important. The U.S. has faced far higher interest expenses in previous years and continued to show solid economic growth. We think that the U.S. economy faces challenges as we get back to a more normal environment following the COVID-19 pandemic and associated government stimulus. With time, the economy will again find a new equilibrium and a sustainable growth trajectory.