The Amplify Transformational Data Sharing ETF is one of a handful of funds that invests in businesses involved in blockchain, the technology behind cryptocurrencies like Bitcoin.

BLOK, like other funds that debuted near the height of the bitcoin craze, was the industry’s answer to regulatory roadblocks to pure-play Bitcoin ETFs. Instead of investing directly in volatile digital currencies, BLOK looks for companies that are involved in the development and utilization of blockchain technology.

It’s a smidge more expensive than rival Reality Shares Nasdaq NexGen Economy ETF (BLCN), which invests in many of the same companies, but BLOK had the advantage of beating BLCN to the market by one day, and it has so far raised more assets.

BLOK faces the same complication faced by other niche ETFs targeting narrow, trendy slices of the economy, which is that it’s hard to build a pure-play portfolio. There’s inevitable investment overlap with broad-based tech ETFs as well as other niche products such as the Global X FinTech ETF (FINX) and the ETFMG Prime Mobile Payments ETF (IPAY).

The adjacent table gives investors an individual Realtime Rating for BLOK on several different metrics, including liquidity, expenses, performance, volatility, dividend, concentration of holdings in addition to an overall rating. The "A+ Metric Rated ETF" field, available to ETFdb Pro members, shows the ETF in the Technology Equities with the highest Metric Realtime Rating for each individual field. To view all of this data, sign up for a free 14-day trial for ETFdb Pro. To view information on how the ETFdb Realtime Ratings work, click here. 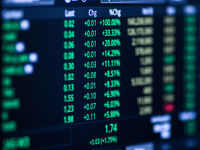 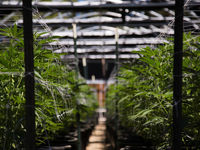 A new actively-managed cannabis ETF that seeks to provide exposure to the fast-developing global...