IVV has become one of the largest ETFs in the world, offering exposure to one of the world's best-known and most widely followed stock indexes. This ETF tracks the S&P 500 Index, which includes many large and well known U.S. firms. As a result, investors should think of this as a play on mega and large cap stocks in the American market. These securities are usually known as 'Blue Chips' and are some of the most famous and profitable companies in the country, including well known names such as ExxonMobil, Apple, IBM, and GE. Given this focus, IVV has obvious appeal as a core holding in a long-term, buy-and-hold portfolio; it offers cheap and relatively balanced exposure to many of the world's largest companies, giving investors a way to own a basket of companies that makes up a sizable portion of global market cap.

For investors seeking exposure to the S&P 500 Index, there are multiple ETFs from which to choose. The largest is SPY, but IVV has some structural advantages over the ultra-popular SPDR. SPY is a UIT, an outdated structure that differs slightly from true 1940 Act ETFs such as IVV. This fund has the ability to lend out share (thereby generating some additional revenues) and to reinvest dividends (which can add value if markets generally trend up). As such, IVV is probably a better choice than SPY for those seeking exposure to large cap U.S. stocks as part of a long-term strategy. SPY's more liquid options market may make it useful for those implementing more advanced short-term strategies.

Another alternative is VOO, which is slightly cheaper and is eligible for commission free trading within Vanguard accounts. Beyond the S&P 500, RSP may be another alternative worth a closer look; that ETF, which is a bit more expensive, holds all stocks in the S&P 500 but gives an equivalent weighting to each. As such, it might be attractive to investors looking to steer clear of the potential inefficiencies in market cap weighting methodologies.

Investors often re-allocate money in between asset classes, whether to manage risk or simply to...

The ETF industry moves fast. Each week, we run the numbers and tally up the winners and losers in... 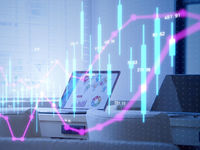