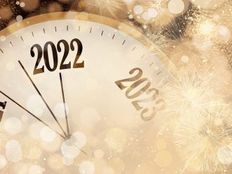 While equity markets were volatile in 2022, it was a particularly bad year for bond markets. Amid a year when the Federal Reserve was raising interest rates to battle record-high inflation, it was the worst period for fixed income in nearly a century.

But while it was a terrible, horrible, no good, very bad year for bonds, investors and advisors were still wanting to see where the opportunities were in the space, or if there was a light at the end of the tunnel. After all, they weren’t about to abandon one of the core assets that have provided a safe harbor and ballast to portfolios since the dawn of investing.

Here were the most-read fixed income stories in 2022:

The most-read fixed income story of the year was looking back at flows into bond-focused ETFs in 2021. The Federal Reserve looking to scale back its bond purchases last year didn’t tamp down investor demand: U.S. listed bond ETFs brought in $207 billion in investor capital last year. And the issuer that took the lion’s share of inflows? Vanguard, with $84 billion. And while demand across the spectrum of bonds was significant, municipal bonds were a highlight, thanks in part due to a trillion-dollar infrastructure bill having been signed in November 2021.

2. If EM Bonds Look Like a Bargain, Then Check Out This ETF

In March, it was looking as though the pandemic on emerging markets (EM) was waning (such simpler times), making investors ready to re-invest back into the EM bond market, which was trading at bargain prices. And with the Federal Reserve having implemented its first of several rate hikes for the year—this one just 25 basis points—a stronger dollar was expected to follow suit, and thus, EM bonds denominated in U.S. dollars looked ripe for the picking. So, the second most-read story suggested that investors seeking more EM bond exposure may want to consider the Vanguard Emerging Markets Government Bond Index Fund ETF Shares (VWOB A).

3. Investors Pile Into the Safety of U.S. Bonds Amid Russia-Ukraine Conflict

When this story was published on March 1, Russia had just invaded Ukraine five days prior. This led investors to pile into safe haven assets like U.S. Treasury bonds, which in turn led yields to fall.