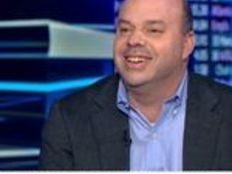 For the past three years, Vanguard has lead in ETF inflows, edging out overall asset leader Blackrock and closing in on the top spot. “I think Vanguard, Blackrock, and State Street are going to be the three dominant players for a foreseeable period of time,” Rosenbluth said. He noted that all three of those issuers offer broad market allocation products that are highly appealing to advisors, but he’s a lot of potential in other firms. He pointed to the JPMorgan Equity Premium Income ETF (JEPI A), the WisdomTree Floating Rate Treasury Fund (USFR B-), and the Pacer US Cash Cows 100 ETF (COWZ A) as success stories outside of the big three issuers.

ETFs have had a big year despite troubled, volatile markets and Rosenbluth thinks that 2023 will continue to see success for the ETF wrapper: “We expect that perhaps we’re going to see a trillion dollars of Net Inflows in 2023.” Rosenbluth noted that 2022 was the second best year for ETFs ever in terms of flows, despite the downmarket; “advisors have gotten more comfortable using ETFs, they are gravitating toward these products.”

400 new products came to market, despite the traditional inclination of issuers to refrain from launches during bad markets. Rosenbluth sees some of this as new trends which arose in 2022, such as single stock and single bond ETFs. “We’ve seen actively managed ETFs punching above their weight,” he said. Rosenbluth also pointed to Capital Group’s rapid success. “Capital Group’s $5 billion is a success story.”

Greifeld pointed out that despite relatively muted closures, some of the newly launched products aren’t fairing all that well. Rosenbluth responded, “I think we’re going to see more closures take place a year forward.”

One of Rosenbluth’s many “steak lunch” bets with Balchunas centers around ESG products, which Rosenbluth sees as likely to make it, while blockchain ETFs and other growth funds that are having trouble gaining traction are likely to fail. Discussing blockchain’s vulnerabilities, Rosenbluth said, "The narrow, more targeted growth areas where you’re trying to have fun with some of your money and its not working out, you’re going to rotate to something else.” In contrast, he concluded, “I think ESG products are going to survive longer than people expect.”