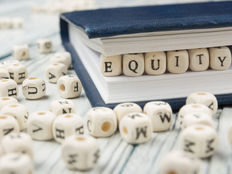 Investors often reallocate money in between asset classes, whether to manage risk or simply to rebalance. This is our weekly snapshot of where ETF investors are putting their money.

The income is back in fixed income – and investors certainly got the message over the last week or so, with bond ETF inflows more than double the flows into equities ETFs between Tuesday, January 3rd and Tuesday, January 10th.

Bonds have seen their performance spike in the last few months compared to their one year returns, with the Fed’s rising rate plan driving up yields across the spectrum. While equities have yet to take the much advertised plunge in a Fed-induced recession, they still couldn’t compare to the $12.5 billion in net inflows received by bond ETFs in that time. Equities ETFs took in $5.6 billion in that window, by comparison.

Which strategies have led in the bond inflows? It’s the high yield strat from iShares, the iShares iBoxx $ High Yield Corporate Bond ETF (HYG B)+ with its $1.8 billion in net inflows to start, followed by $1.4 billion for the iShares Core U.S. Aggregate Bond ETF (AGG A) and $1.2 billion for the iShares 20 Year Treasury Bond ETF (TLT B)+. Interestingly, It’s the leader HYG that’s seen a big spike compared to the other two, up form $218 million in inflows over the last four weeks according to VettaFi’s ETF Database.

Corporate bond-focused ETFs comprise half of the top ten ETFs based on net inflows in that time, with the iShares iBoxx $ Investment Grade Corporate Bond ETF (LQD A) offering an alternative look at corporate bonds compared to HYG and adding $1.14 billion over one week.

Investors have a variety of bond types to consider, and they will likely want that broad menu with the lingering uncertainty surrounding the extent of the Fed’s rate hikes. While the recent CPI data came in pretty much on target, job numbers in particular seem hesitant to bend to the Fed’s efforts so far, which may invoke larger jumps from the central bank. Whichever the case, bonds are gathering momentum to start the year in a big way.