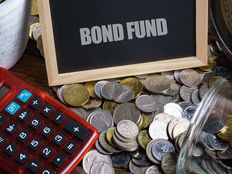 While it’s likely that the Federal Reserve’s attempts to bring down inflation through interest rate hikes will eventually succeed, it will also lead to a worldwide economic downturn, according to Vanguard Group’s 2023 economic and market outlook.

While initially slow to price higher interest rates to combat high inflation, the market is now working under the premise that the Fed will have to go well past its neutral policy rates to curb inflation. The eventual peak and persistence of policy rates, which will mainly depend on the path of inflation, will determine how high bond yields rise.

Although rising interest rates have created short-term pain for investors, higher starting interest rates have raised our return expectations for bonds more than twofold. Vanguard expects U.S. bonds to return between 4.1% and 5.1% per year over the next decade, compared with the 1.4%–2.4% annual returns forecast a year ago.

“In credit, valuations are fair, but the growing likelihood of a recession and declining profit margins skew the risks toward higher spreads,” according to Vanguard. “Although credit exposure can add volatility, its higher expected return than U.S. Treasuries and low correlation with equities validate its inclusion in portfolios.”

BND seeks to track the performance of the Bloomberg U.S. Aggregate Float Adjusted Index, which represents a broad spectrum of public, investment-grade, taxable, fixed income securities in the U.S., including government, corporate, and international dollar-denominated bonds, as well as mortgage-backed and asset-backed securities, all with maturities of more than one year. Though holding securities of all maturity lengths, it is heavily weighted towards the short end of the curve.

BSV seeks to track the performance of the Bloomberg U.S. 1–5 Year Government/Credit Float Adjusted Index, a market-weighted bond index that covers investment-grade bonds with a dollar-weighted average maturity of one to five years. The fund invests in U.S. government, investment-grade corporate, and investment-grade international dollar-denominated bonds.

BIV offers exposure to investment-grade U.S. debt with maturities between five and ten years, putting it in between short-term funds such as BSV and longer-dated products such as BLV. The fund’s holdings include Treasuries, corporate debt, and agency securities, avoiding high-risk junk bonds or floating-rate debt.

BLV seeks to track the performance of the Bloomberg U.S. Long Government/Credit Float Adjusted Index, which includes all medium and larger issues of U.S. government, investment-grade corporate, and investment-grade international dollar-denominated bonds that have maturities of greater than 10 years and are publicly issued. As such, BLV can draw from a variety of options when it comes to bond investments.