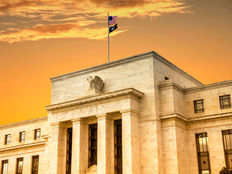 Even the Fed Is Making Money in Bond ETFs

The Federal Reserve announced plans to sell its corporate bonds and related exchange traded fund holdings that were part of last year’s emergency measure, and the central bank is turning a nice profit on the trade.

The Fed amassed about $8.6 billion in bond ETFs over 2020 as part of its backstop to arrest the precipitous decline in debt markets during the height of the coronavirus pandemic. As the central bank preps to unwind its holdings on June 7, Citigroup Inc calculated that the positions could return a profit of about $140 million from the price appreciation alone, Bloomberg reports.

After intervening in the corporate bond market last year, the Fed helped trigger a massive rally across the credit spectrum and brought in huge inflows into the space. Since then, high-yield bonds have been among the best performers.

“It is worth noting that the Fed currently has a paper profit on its ETF portfolio,” Drew Pettit and Scott Chronert, analysts at Citigroup, said in a note. “The Fed could act more quickly in certain holdings here to lock in gains.”

The Fed has about $1.5 billion of the Vanguard Short-Term Corporate Bond ETF (VCSH A).

While the Fed did not purchase the ETFs until last May, the rebound in credit markets have rallied off the central bank’s initial announcement in late March.