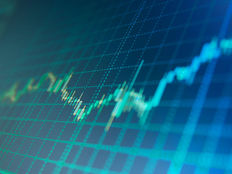 Rising bond yields, taper tantrums, and rising interest rates are just a few of the fears that could send the capital markets into a daze, and they’re all tied to rising inflation, which should be modest according to Vanguard’s chief economist.

It should help ease investors fretting over inflation fears. The equities markets bore witness to these fears as volatility levels spiked, particularly during the month of May.

“If we’re right, that would mean a breach of 2% core inflation on a sustained basis starting around a year from now,” continues Davis. “And though we don’t anticipate a return to the runaway inflation of the 1970s, we do see risks modestly to the upside the further out we look.”

Keeping a Lid on Yields

However, Vanguard also doesn’t see yields getting out of control, according to a recent blog post by Alexis Gray, a senior economist at Vanguard:

“Our view that lift-off from current low policy rates may occur in some cases only two years from now reflects, among other things, an only gradual recovery from the pandemic’s significant effect on labor markets. (My colleagues Andrew Patterson and Adam Schickling wrote recently about how prospects for inflation and labor market recovery will allow the U.S. Federal Reserve to be patient when considering when to raise its target for the benchmark federal funds rate.)”

“Alongside rises in policy rates, Vanguard expects central banks, in our base-case ‘reflation’ scenario, to slow and eventually stop their purchases of government bonds, allowing the size of their balance sheets as a percentage of GDP to fall back toward pre-pandemic levels. This reversal in bond-purchase programs will likely put some upward pressure on yields.”