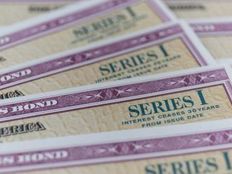 The Prospect For Long-Term Treasuries Is Looking Good

While it’s been a historically bad year for U.S. bonds, yields have gone up considerably this year, and prospects for long-term Treasuries look quite good right now.

Through November, the leading bond index, the Bloomberg Aggregate, was down nearly 13% year-to-date through November. Meanwhile, long-term Treasury bonds have fared even worse, down more than 26% through the period. Again, it’s been a bad year for bonds.

But things appear to be looking up. Fixed income currently offers greater income than it did at the start of the year, which could protect somewhat against the negative effects of any additional interest rate increases that the Federal Reserve could implement. And over at the New York Times, Jeff Sommer argues that “the fundamental math of bond returns suggests that 2023 will be much better than 2022,” and that “a major rebound is certainly possible.”

The “fundamental bond math” that Sommer describes is that bond prices fall when yields rise, and vice versa. These price effects are much greater for bonds of longer duration. Meaning, the price of a 30-year Treasury bond will move more than the price of a three-month Treasury bill in response to the same interest rate shift.

The 10-year Treasury yield rose roughly 2 basis points at 3.469% on Friday, after retail sales figures for November came in weaker than expected on Thursday and the Fed rose interest rates by 50 basis points on Wednesday.

“Fears about a looming recession related to the Fed’s aggressive rate hikes throughout 2022 have mounted in recent weeks,” according to CNBC.

For investors bullish on the long-term prospects for fixed income, the Vanguard Long-Term Treasury Index Fund ETF Shares (VGLT A) seeks to track the performance of a market-weighted Treasury index with a long-term dollar-weighted average maturity. The fund employs an indexing investment approach designed to track the performance of the Bloomberg U.S. Long Treasury Bond Index, which includes fixed income securities issued by the U.S. Treasury (not including inflation-protected bonds) with maturities greater than 10 years.

The fund carries an expense ratio of four basis points.