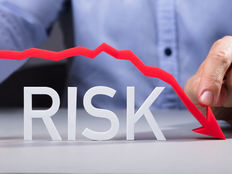 Want More Bond Exposure But Not Much Risk? Try VGSH

The biggest players in the bond market are wondering whether pessimism in an economic recovery will eventually rattle investors. As such, this might be an opportune time to give short-term bonds a closer look.

“Heavyweight bond investors are sticking with bets against US government debt, saying an unflagging rally paints a false impression of deep concern about the economic outlook,” a Financial Times report noted. “BlackRock and JPMorgan Asset Management are among the fund managers continuing to wager that US Treasuries yields will rise even after they have tumbled from the highs reached earlier in 2021.”

On the shorter side of the yield curve, getting less duration risk can protect fixed-income investors should rates unexpectedly rise. Currently, the Federal Reserve is looking to stand pat on raising rates for at least another year.

Short-term bonds can offer investors protection should the Fed reverse course. In the meantime, the economy will have to get an extra kick to sustain its current trajectory towards returning to pre-pandemic levels.

“We remain of the view that the restart is real and that economies are recovering,” said Scott Thiel, chief fixed-income strategist at BlackRock. “Treasury yields are too low in the current environment. Markets are too pessimistic about the prospects for the economy.”

One option can be had with the Vanguard Short-Term Treasury ETF (VGSH A). This ETF offers exposure to short-term government bonds, focusing on Treasury bonds that mature in one to three years.

It’s an ideal option given the current market environment where uncertainty exists. Bonds can offer investors a safe haven against stock market volatility, while short-term bonds limit the risks of potential rate rises that can rob investors of fixed income opportunities.

“On the face of it, this is a level consistent with a recessionary environment,” said Antoine Bouvet, a senior rates strategist at ING. “I’m not sure that’s really what the market is thinking. You simply have some moderate doubt about the strength of the recovery which means more demand for safe assets when central banks are still hoovering up most of them. That’s the explosive recipe behind this move.”