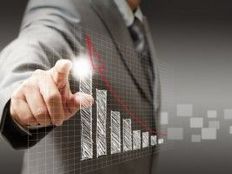 Fixed-income exposure has been a staple for many investors; historically, such products have offered steady sources of current income as well as relatively low levels of risk. Often referred to as the “safe haven” asset class, bonds have typically been the go-to investment for those nearing retirement and those wanting to park their assets in something safer during volatile environments.

For bond investors, there is one concept that is absolutely essential to grasp: yield curves.

What is a Yield Curve?

There are a number of metrics and terms that bond investors should be familiar with, such as the difference between current yield and yield to maturity (read more about yields here). The yield curve is one of the most closely scrutinized models in the finance world. Simply put, the yield curve is a line graph that depicts the relationship between yields to maturity and time to maturity for bonds of the same asset class and credit quality. Below, you’ll find a normal yield curve:

In a yield curve graph, the x-axis measures maturity and the y-axis measures yield. The starting point of the curve is called the spot interest rate, which is the rate for the shortest maturity. In this example, bonds with longer maturities have higher yields relative to shorter-dated bonds.

For example, a corporate bond of investment-grade quality may be priced to yield 60 basis points higher than the yield of a Treasury bond with the same maturity. Conversely, a junk bond with the same maturity could be priced 400 basis points higher than the Treasury bond yield (or “over the curve”) [See 101 ETF Lessons Every Financial Advisor Should Learn].

Besides pricing other bonds relative to Treasuries, the yield curve is also analyzed for economic purposes. The shape (more importantly the slope) of the Treasury yield curve can tell us about investors’ expectations for future interest rates, as well as the risk premiums that investors require to hold longer-dated securities. The Treasury yield curve has also had a history of being a leading indicator of economic conditions, allowing investors a glimpse of where the economy may be headed next.

As mentioned, the shape and slope of a Treasury yield curve can give investors insight into future expectations for interest rates, as well as some economic insight. Below, we take a look at the key shapes investors should be looking for.

A normal yield curve is characterized as having an upward slope, as depicted to the right. Notice, however, that the slope of the curve is not steep, and that towards the longer maturities, the curve “flattens” out.

Interest Rate Implication: Interest rates for longer-dated bonds will be higher than shorter maturities. This is considered normal since individuals and institutions prefer to lend money for shorter periods of time instead of longer periods.

Economic Implication: As the name of the shape suggests, a yield curve that is normal implies that economic conditions are stable. The Treasury yield curve has spent the majority of its time in the shape of a normal curve.

Interest Rate Implication: In this situation, investors expect interest rates to rise significantly in the future. As such, investors will demand a higher yield for bonds with longer maturities.

Economic Implication: When the yield curve steepens, this is often a sign that the economy is likely headed toward an upturn. As noted, investors will demand higher yields as rapid economic growth often comes with higher inflation and higher interest rates, both of whichcan hurt bottom-line returns. Note that when inflation is rising, the Fed will typically raise interest rates.

As the name suggests, a flat yield curve is characterized as having no slope.

Interest Rate Implication: When the yield curve is flat, investors’ inflation expectations have decreased to the point where there is no longer demand for a premium for holding longer-dated bonds.

Economic Implication: The curve typically flattens after the Federal Reserve raises interest in response to high inflation, which is associated with a rapidly growing economy. A flat curve also indicates that the economy may be headed for an economic slowdown [see also 3 Market Valuation Indicators ETF Investors Must Know].

An inverted yield curve is characterized by a downward slope.

Interest Rate Implication: In this instance, shorter-dated bonds have higher yields than longer-dated securities. Investors expect interest rates to decline in the future.

Interest Rate Implication: Humped yield curves are very rare, but when they happen it means investors expect interest rates on medium-term, fixed-income securities to be higher than short- and long-term securities.

Economic Implication: Not to be confused with an inverted yield curve, the humped yield curve can also be an indicator of a slowing economy. And like the flat curve, this shape also indicates that the Fed may be cutting interest rates soon.

Play the Curve with ETFs

Essentially, there are three main plays investors can make based on their expectations of where the yield curve is headed next. The curve can either steepen or flatten. Investors will need to use a long/short strategy to gain from the changes in the spreads between long- and short-term securities. Furthermore, investors can also make a play on the curve from an inflation perspective [see ETF Technical Trading FAQ].

If you think the curve will steepen…

If you think the curve will flatten…

When a yield curve flattens, yield differentials between the short end versus the long end will contract (or narrow). Therefore, if you believe the yield curve will flatten, you would want to be long long-term Treasuries and short short-term Treasuries:

If you want to make an inflation play…

When inflation is expected to rise, the yield curve is likely to steepen. Investors can make a similar play outlined above, but can take into account inflation by using TIPS [see 5 Most Important Chart Patterns For ETF Traders].

Just as we check major indexes–like the S&P 500–to see how the markets are doing, investors should also pay close attention to yield curves. The Treasury yield curve can tell us a lot about the health of the economy and how to position our portfolios.

Data Will Dictate How ESG Grows

A new Biden administration and a new head of Securities and Exchange Commission are adding to...

ETF Trends CEO Tom Lydon discussed the SPAC and New Issue ETF (SPCX) on this week’s “ETF of the...