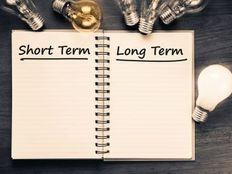 September is usually the worst month of the year for stocks, and the ninth month isn’t deviating much from that script this year.

Growth stocks are feeling the brunt of the September headwinds, and that situation could be amplified as the August reading of the Consumer Price Index (CPI) is a strong indication that the Federal Reserve has no choice but to continue raising interest rates, perhaps in aggressive fashion.

Higher interest rates diminish the allure of growth equities and the related exchange traded funds, such as the Goldman Sachs Future Tech Leaders Equity ETF (GTEK C+), but investors considering GTEK should approach the fund with clear and open minds. While the ETF could be in store for some near-term downside, the long-term case for growth stocks remains sturdy.

“Although tech and other growth stocks may suffer through more September volatility, the longer-term outlook is more encouraging. The economy is softening, not collapsing, valuations are more interesting and real rates have already adjusted. It’s worth recounting then why the summer rally faded, and fall weakness presents an opportunity,” according to BlackRock.

This year, disruptive growth stocks, including GTEK components, have been hit particularly hard this year because Fed tightening makes the long-term cash flows of innovative growth companies less appealing against the backdrop of higher bond yields.

Still, there’s no denying that many of the themes to which GTEK provides exposure — including automation, cloud computing, and cybersecurity — remain relevant and have appealing long-term trajectories. Additionally, a case can be made that more rate hikes, which now appear necessary, may already be factored into growth stock prices.

“September is not over and is rarely kind to investors. That said, looking further ahead there is reason for optimism. Real rates have already priced in an aggressive tightening campaign. In less than a year, long-end real rates have risen by more than 200 bps. At current levels, real yields are roughly double last decade’s average,” added BlackRock.

Overall, assuming that growth stocks and ETFs like GTEK struggle over the remainder of September, that could be more call to embrace these assets rather than a warning sign.

“Given this dynamic, I would use September weakness to add to rather than retreat from the space. But rather than try to bottom-fish in the most volatile and speculative names, I would focus on stable growth names, i.e., those companies with consistent earnings, high cash flow generation and strong pricing power,” concluded BlackRock.