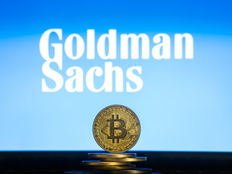 Goldman Sachs is the first major U.S. bank to begin trading cryptocurrency. According to Damien Vanderwilt, current Galaxy co-president and former Goldman partner, this move will get more banks on board with crypto trading, saying there is “safety in numbers.”

Galaxy will be serving as Goldman Sachs’ “liquidity provider” on CME Group Bitcoin futures. As such, Galaxy will be providing quotes for buy and sell orders.

This partnership will help Goldman Sachs and its clients gain exposure to crypto, even as banks still cannot handle cryptos directly due to strict industry regulations.

Goldman Sachs and Vanderwilt, who was a senior Goldman trading exec at the time, had planned to set up crypto desks in 2017, but ended up shelving their plans in 2018 due to Bitcoin’s risky and speculative nature, as well as regulatory concerns.

The bank announced the relaunch of its crypto desk in March, an announcement that also included plans to explore the potential of a Bitcoin ETF.

Galaxy Digital is the sponsor behind one of the eight proposed Bitcoin ETFs sitting on the SEC’s desk at the moment. Like some other proposals, its spin on a Bitcoin ETF would use a “consolidated tape” approach that calculates the average bid/ask for Bitcoin over several of the most popular cryptocurrency trading venues.

Their fund would track the Bloomberg Galaxy Bitcoin Index—a co-branded index with Bloomberg Index Services, which serves as index provider.