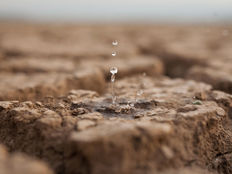 The environmental, social, and governance (ESG) groundswell in recent years is calling attention to the damaging effects climate risk can have on investor outcomes.

A slew of exchange traded funds offer investors avenues for mitigating that risk, but one that appears well-suited to truly deliver the goods on this front is the Goldman Sachs Future Planet Equity ETF (GSFP B).

One of the primary benefits of GSFP, which debuted last month, is that it’s actively managed, meaning it doesn’t have to contend with index mandates and rules in its efforts to deliver a portfolio low on climate risk and strong when it comes to green energy exposure.

“Severe climate events around the world this year have intensified debate around the effects of climate change and the risks they pose to portfolios. Investors should no longer view the transition to a low-carbon economy as a distant event only, in our view, as it is happening here and now. Climate risk is investment risk, and the narrowing window for governments to reach net-zero goals means that investors need to start adapting their portfolios today, in our view,” according to BlackRock.

Predictably, some sectors are better equipped to contend with climate change than others. In the favorable column, there’s technology and healthcare, while energy and utilities may be vulnerable to climate risk. Tech and healthcare combine for 22.3% of GSFP’s weight while energy is the fund’s smallest sector weight at 1.8%, according to issuer data.

Those sector exposures help, but they’re not the only reasons why GSFP is a relevant idea for investors right here, right now.

“The latest report from the United Nations’ Intergovernmental Panel on Climate Change (IPCC) confirmed the accelerating global warming,” notes BlackRock. “It assesses that greenhouse gas emissions from human activities are responsible for about 1.1 degree Celsius (or about 2 degrees Fahrenheit) of warming in average global temperatures since the 19th century, and the warming will continue for decades even if immediate actions are taken to sharply reduce emissions.”

“We see two key aspects in the climate transition: technology and policy,” concludes BlackRock. The tech transition has already begun in some key sectors such as utilities and autos, and as the window to achieve net zero by mid-century narrows, we expect policy levers to be pulled harder – and this could result in a steeper transition. We believe doing nothing about climate change in portfolios is no longer an option.”