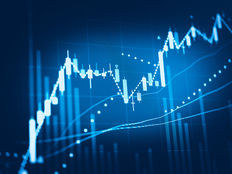 President Biden’s infrastructure package is on the cusp of being signed into law. That stroke of the pen is expected to benefit of an array of traditional infrastructure exchange traded funds, but investors shouldn’t sleep on funds emphasizing green investing, including the Goldman Sachs Future Planet Equity ETF (GSFP B).

As an actively managed fund, GSFP has the capability to capitalize on the expansive infrastructure legislation, which provides funding for an assortment of renewable energy initiatives, including wind power and shoring up the ailing U.S. power grid.

“A more reliable and expanded grid could also be a ‘powerful engine’ behind increased capital spending towards major projects designed to bring wind power from large farms in rural areas or offshore as they match with grid capacity and interlinks to load centers,” according to IHS Markit.

GSFP has the right sector mix to be of assistance to investors looking to profit from an influx of capital from the federal government to clean energy projects. For example, the Goldman Sachs fund allocates about 40% of its combined weight to industrial and utilities stocks – two sectors with more leverage to the renewable energy boom than many investors realize.

“Also benefiting from the bill’s emphasis on electrification including the sizeable investment in public transit and EV infrastructure would be clean-tech entrepreneurs who are looking to invest in battery storage,” adds IHS Markit.

GSFP’s industrials exposure – its largest sector weight – coupled with healthy allocations to the materials and technology sectors, also make the fund a credible avenue for capitalizing on the booming carbon neutrality theme.

Adding to the allure of GSFP as an infrastructure bill play is the $73 billion in spending for clean energy transmission included in the legislation, but that’s just a start. There’s $7.5 billion to kickstart construction of a national electric vehicle charging network and $5 billion for zero-emission buses, among other projects that could resonate on an everyday, practical level. GSFP’s electric vehicle leverage could really come into focus thanks to the infrastructure spending.

“The EV infrastructure spending and EV credits dovetail nicely with Biden’s challenge to automakers on 5 August to produce half of their new light-duty vehicles as EVs by 2030. Having a nationwide, reliable, and fast charging network is considered critical to building consumer acceptance for EVs,” concludes Markit.